China’s aviation authority said Monday that a China Eastern Airlines Boeing 737 passenger plane had crashed with 132 people on board, including 123 passengers and nine crew members.

Contact was lost with the flight over Wuzhou, in the Guangxi region, the authority said. It was scheduled to fly from Kunming to Guangzhou in the southeast of the country. 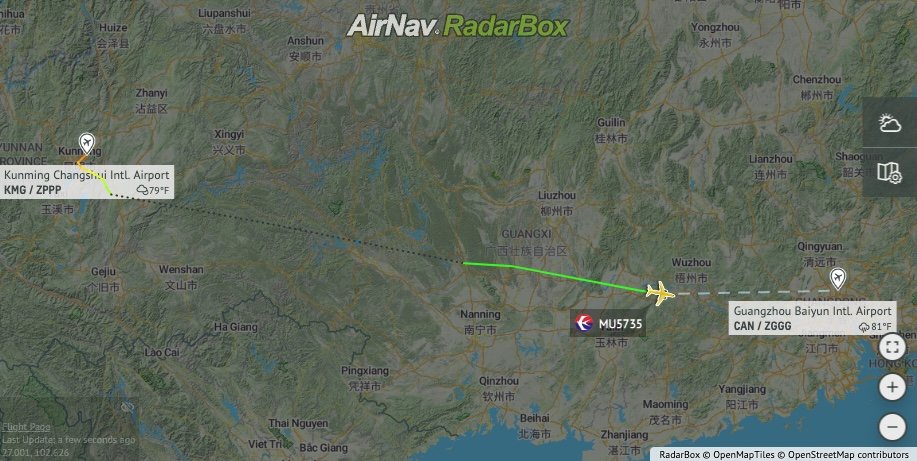 Video footage taken by local villagers shows the aftermath of a plane crash in south China on Monday. The Boeing 737 crashed with 132 people on board.

China’s Civil Aviation Administration said it had “activated the emergency mechanism and dispatched a working group to the scene,” according to a translation. Chinese state media said the crash had caused a mountain fire.

China Eastern Airlines confirmed the crash and the number of people on board via a statement on Weibo, China’s version of Twitter. The airline said it is sending workers to the site of the crash and has opened a hotline for family members.