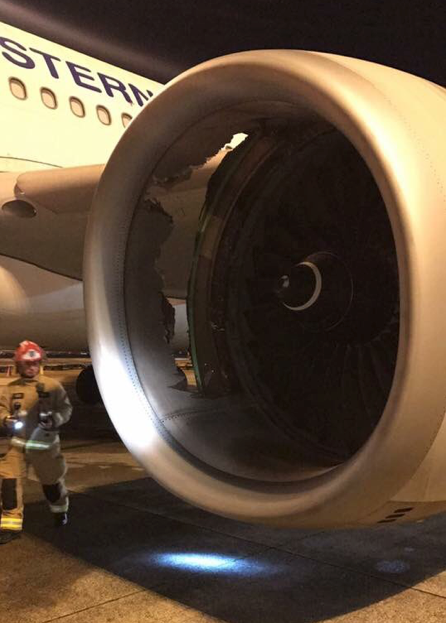 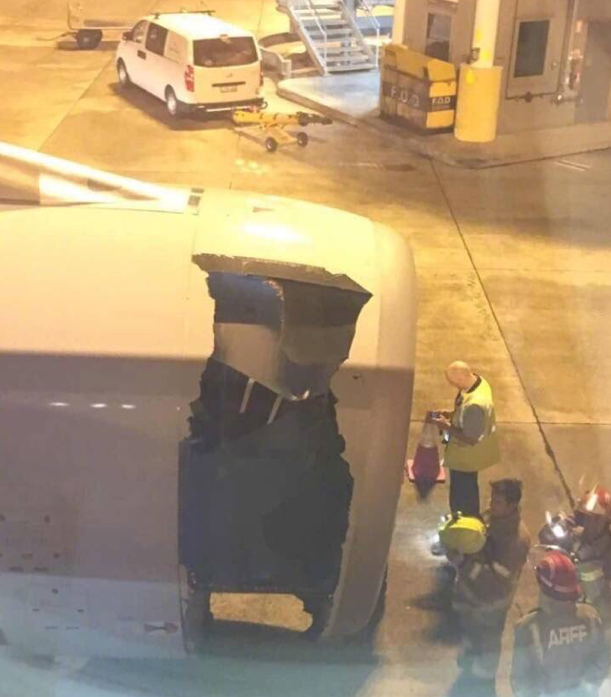 The failure was not inclusive and the debris badly damaged the engine cowling.