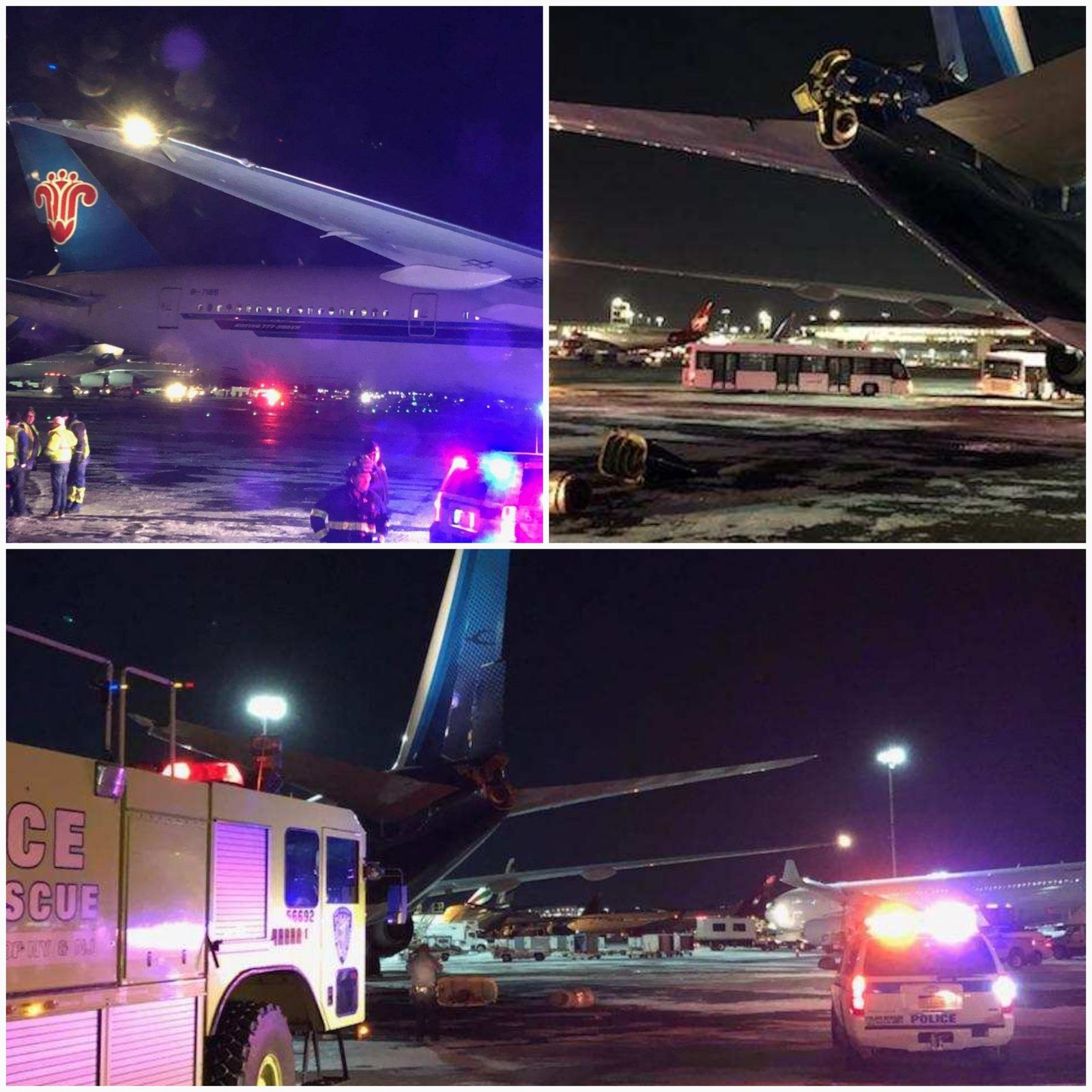 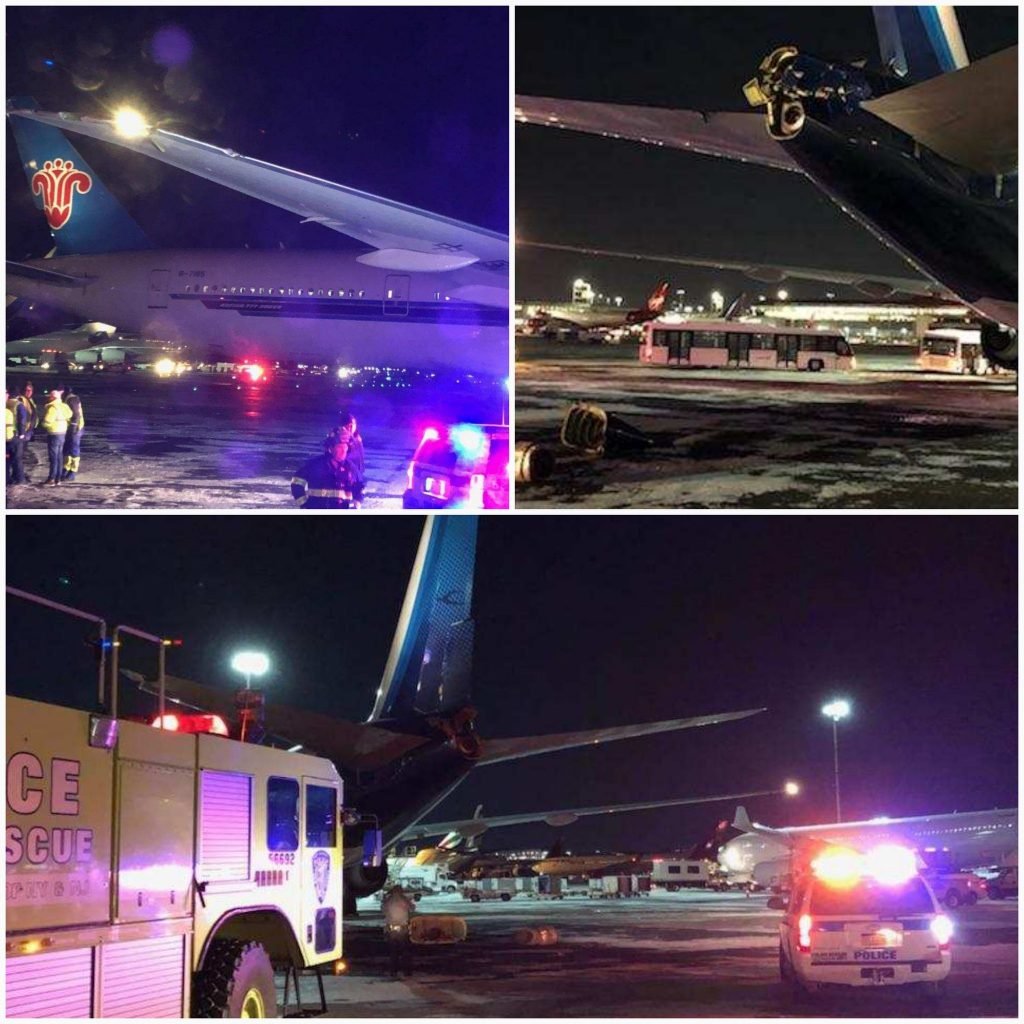 The right wing of a China Southern Boeing 777 hit the tail of a Kuwait Boeing 777, damaging both aircrafts, the Port Authority said. No one was injured and all the passengers got off safely, according to the Port Authority, which manages all three NYC-area airports.

Kuwait Airways said on Twitter that Flight 118 from New York to Kuwait was struck by the Chinese plane as it was parked before takeoff. The passengers were taken to hotels as they waited for alternative flights, the airline said.

The airline said it was working with authorities in New York to investigate.

The China Southern plane didn’t have any passengers at the time, according to the Port Authority.

The collision follows long waits at JFK in terminals, on planes on the tarmac and waiting to get luggage the day after Thursday’s blizzard shut down the airport.