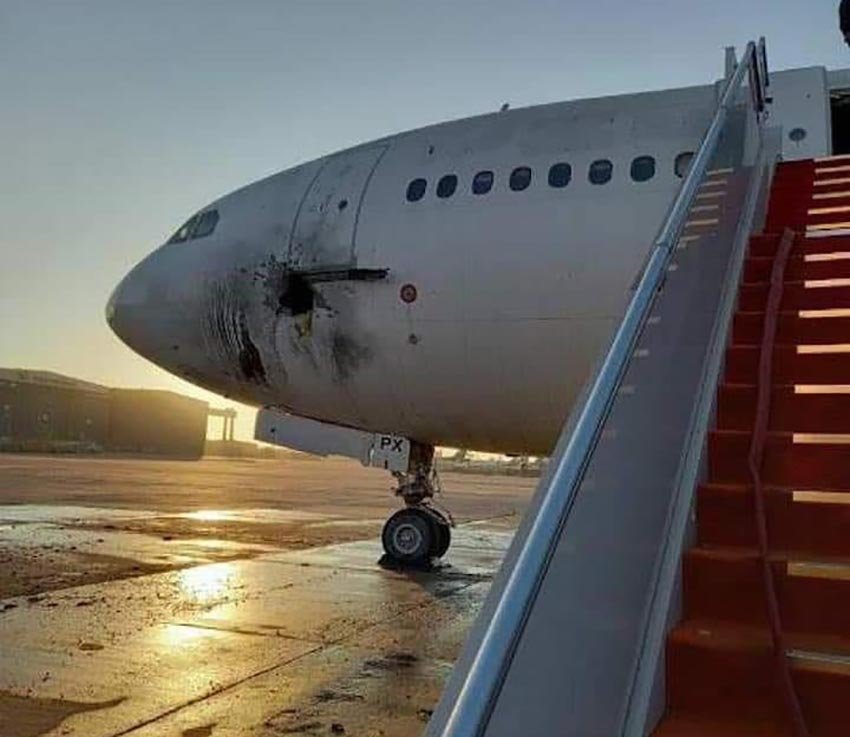 According to sources, at least 6 rockets, that targeted the US Army’s Victory Base at Baghdad Airport, caused damage.

The rockets on Baghdad airport hit runways or parking areas, one of the sources said: “One civilian plane has been hit and damaged”.