BREAKING Condor A321 #DE490 from Berlin to Hurghada, Egypt diverted to Budapest due to bomb threat 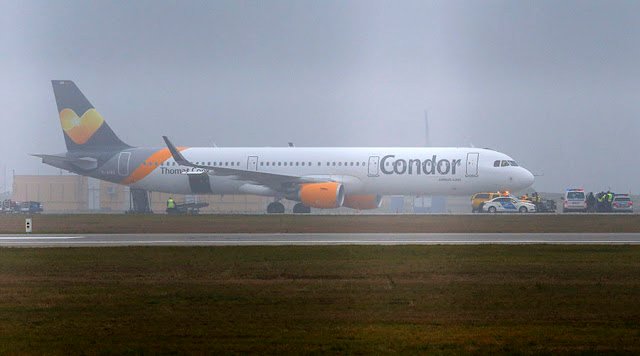 A Condor Airbus A321 (reg. D-AIAG) flight #DE490 from Germany to Egypt made an emergency stop in Budapest on Monday following a bomb threat, said the Hungarian police:

“Due to a bomb threat , a flight between Berlin and Hurghada in Egypt landed at Liszt Ferenc International Airport Monday morning” police said in a statement.
The flight to the Egyptian resort of Hurghada  on the shores of the Red Sea , landed at 11:30 local (10:30 GMT) at the airport in Budapest. Check of 120 passengers’baggage is ongoing.

UPDATE No bomb found on board Condor flight #DE490 (@RT_com).