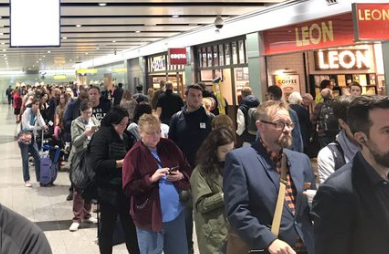 A police spokesman confirmed they were called to reports of a suspicious package this morning at 7.59am.

@HeathrowAirport Please tell us what is going on at Terminal 3. Security screening stopped and there’s a line of at least 1500 people waiting to be screened.