BREAKING Due to the earlier incident, all departing flights from London Stansted Airport are cancelled 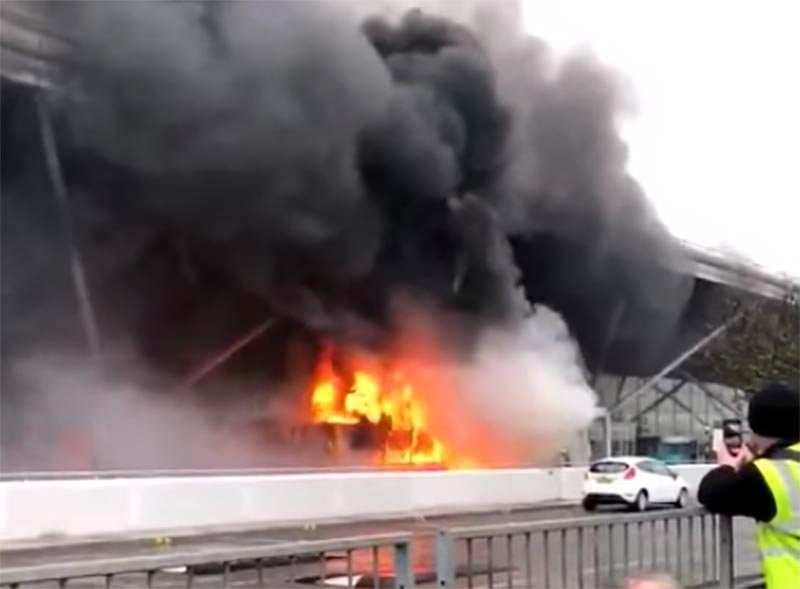 Stansted Airport’s terminal was partially evacuated after a bus caught fire close to the main building.

At least one fire engine rushed to the scene and police diverted traffic away from the terminal.

The earlier incident has been caused by an engine electrical fault on the bus.

At 4.40pm the airport said: “Due to a fire on the car park shuttle bus, terminal forecourt and surrounded area including parts of the terminal building are being evacuated due to smoke. We are investigating this as a matter of urgency and will provide an update shortly.”