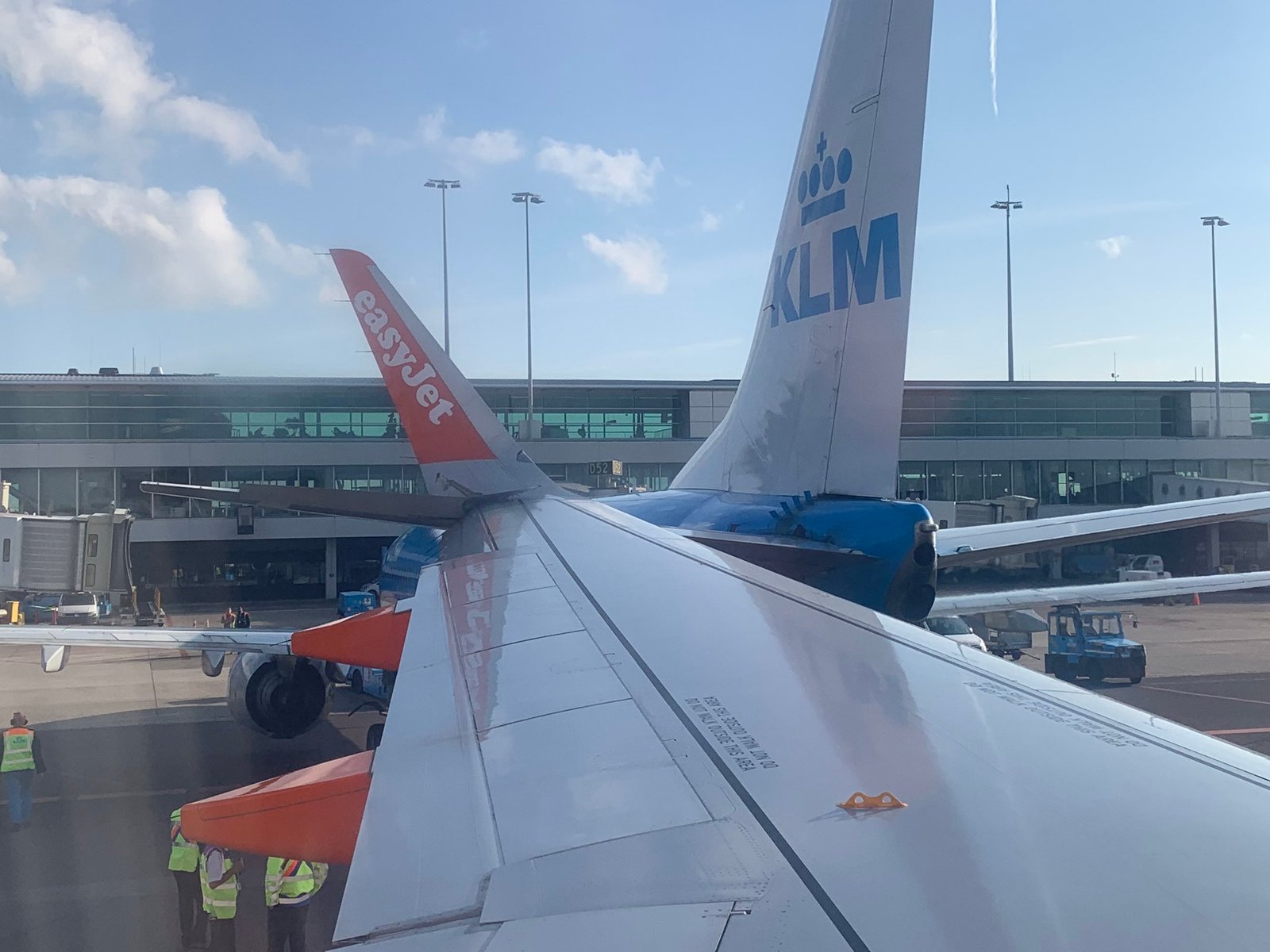 An easyJet Airbus aircraft has collided with a KLM plane during pushback at Amsterdam Schiphol Airport.

An easyJet A320 collided with a KLM Boeing 737-800 at Schiphol this morning. Both aircraft have been damaged.

A KLM spokesperson said the aircraft hit each other during the ‘pushback’. 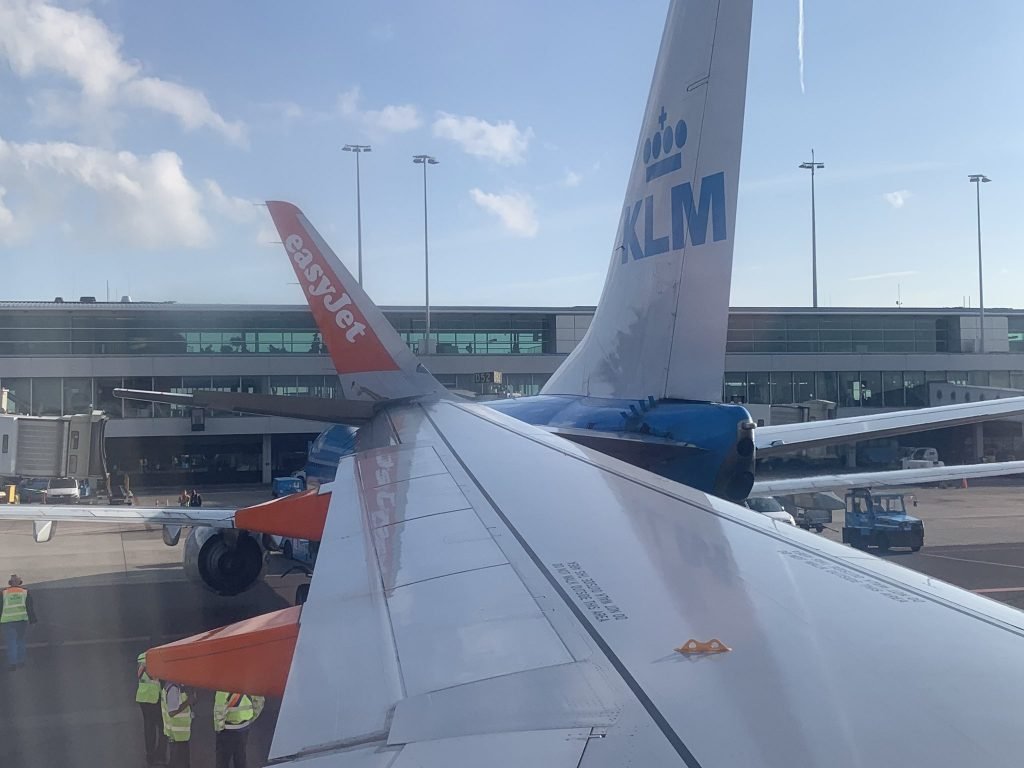 KLM Boeing 737-800 was ready to leave for Madrid and the easyJet plane was on its way to London.

Passengers are disembarked. KLM is still trying to fly the passengers to Madrid with another aircraft.