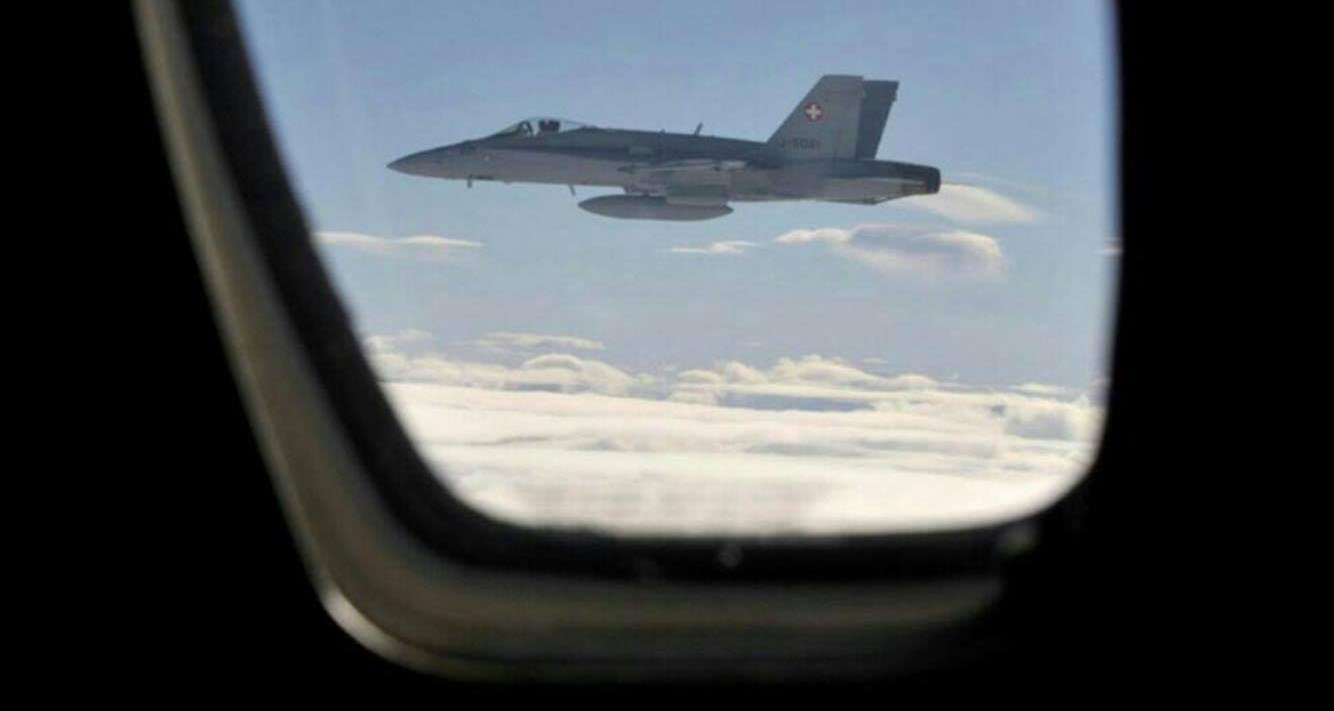 The nature of the threat is still not clear but flight #LY2 from New York JFK to Tel Aviv was intercepted by 2 Swiss F/A18 fighter jets ( from Payerne) over Swiss airspace after pilots received anonymous bomb threat. The Boeing 747-400 has continued to Tel Aviv.