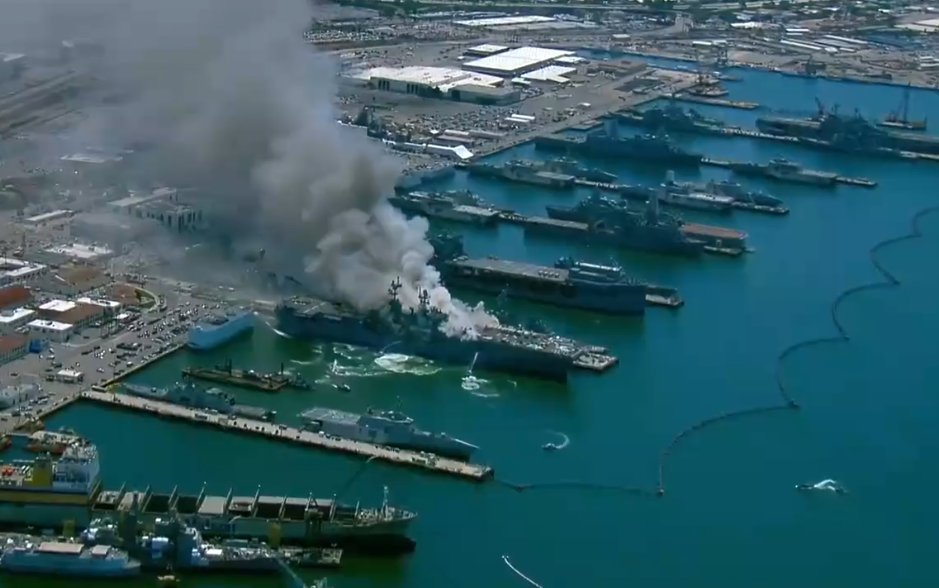 Several US Navy sailors are injured after a fire broke out aboard the USS Bonhomme Richard (LHD-6) docked in Naval Base San Diego, California, on Sunday afternoon.

The San Diego Fire Department was first requested at around 9:00 a.m., the department wrote on Twitter, where it later said that “several sailors” were being treated for a variety of injuries.

The Naval Surface Forces, Pacific Fleet wrote on Twitter that 11 sailors had been transported to a local hospital for minor injuries, but the rest of the crew was accounted for.

ABC 7 San Diego reported that an explosion was reported before authorities responded to the scene Sunday morning, but it remains unclear what the source of the explosion and fire were.

The LHD-6, an amphibious assault ship, was docked in San Diego and undergoing routine maintenance.