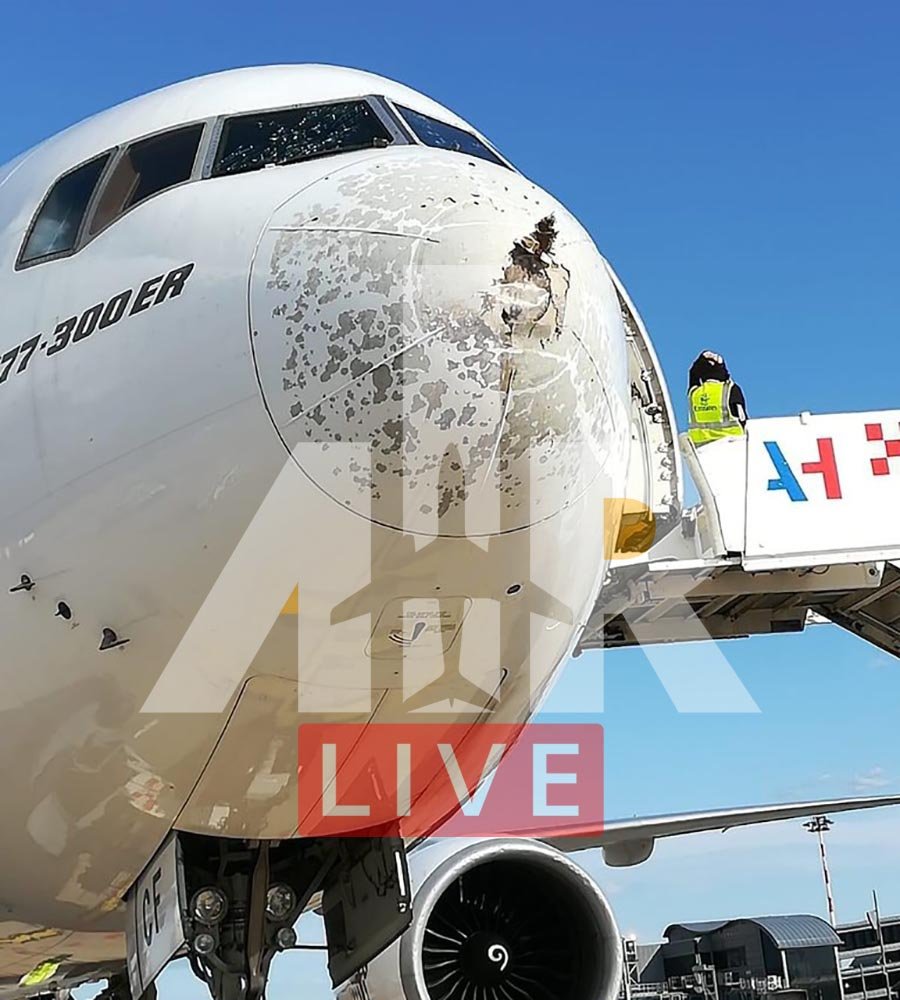 The flight #EK205 was forced to return to Milan, Italy after the plane suffered damages. 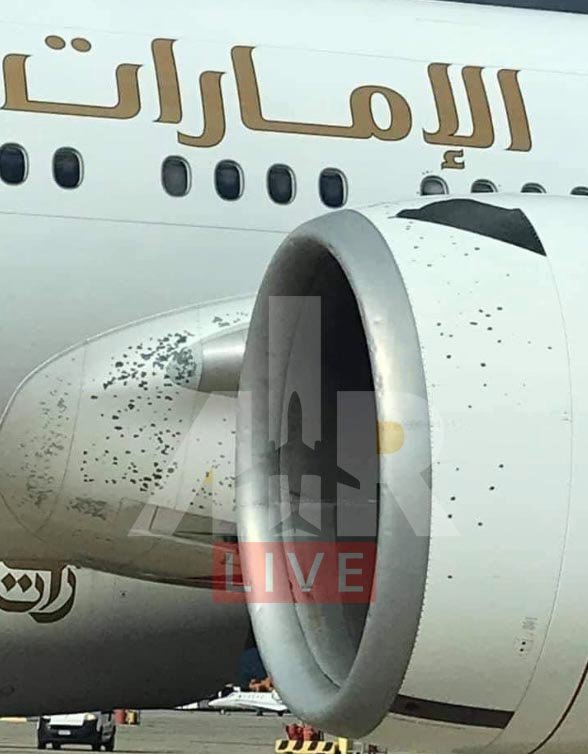 The nose cone and cockpit windshield have been damaged. The fuselage and engine also suffered hail impacts. 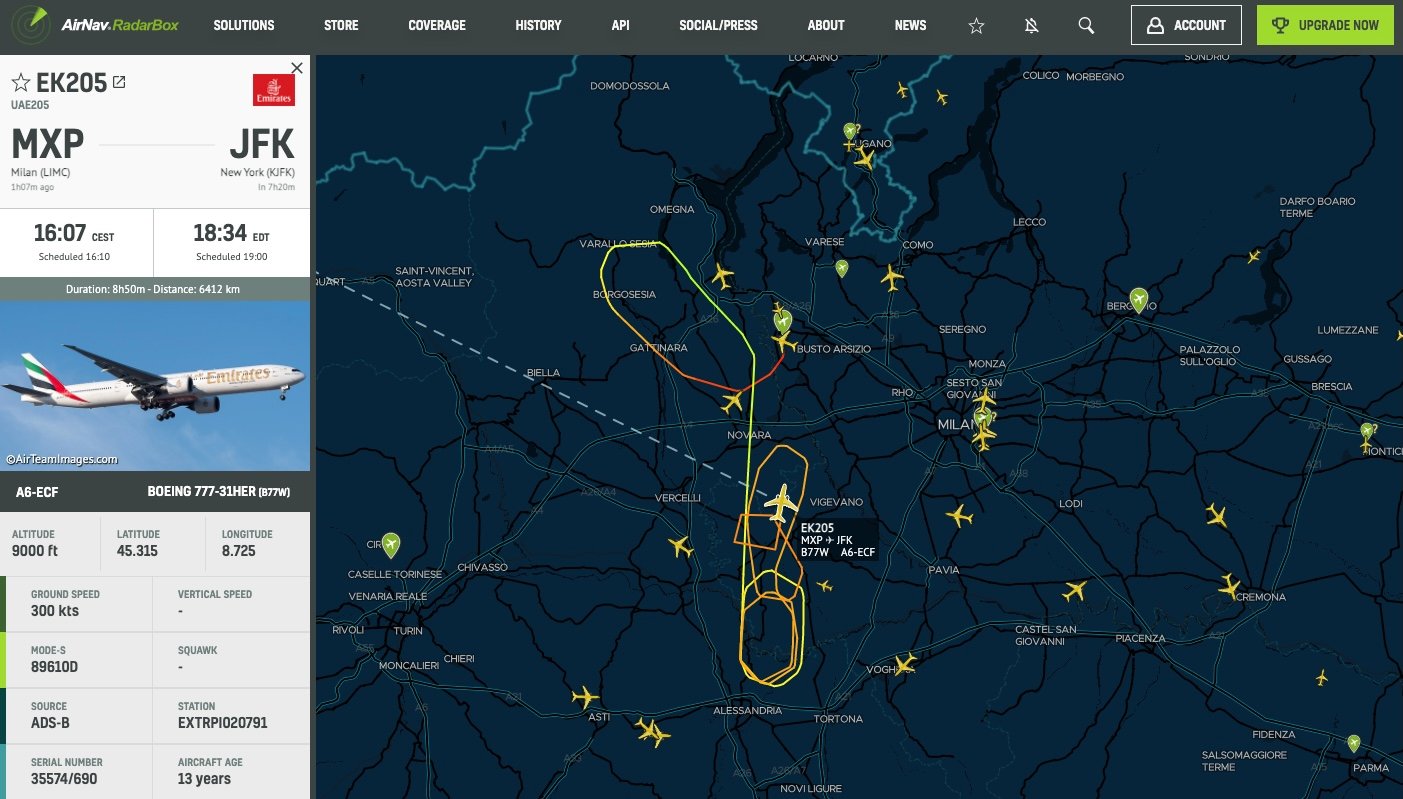 The plane took off from Milan at 16:23 (local time) to New York JFK and entered hold for almost 2 hours before a safe landing.