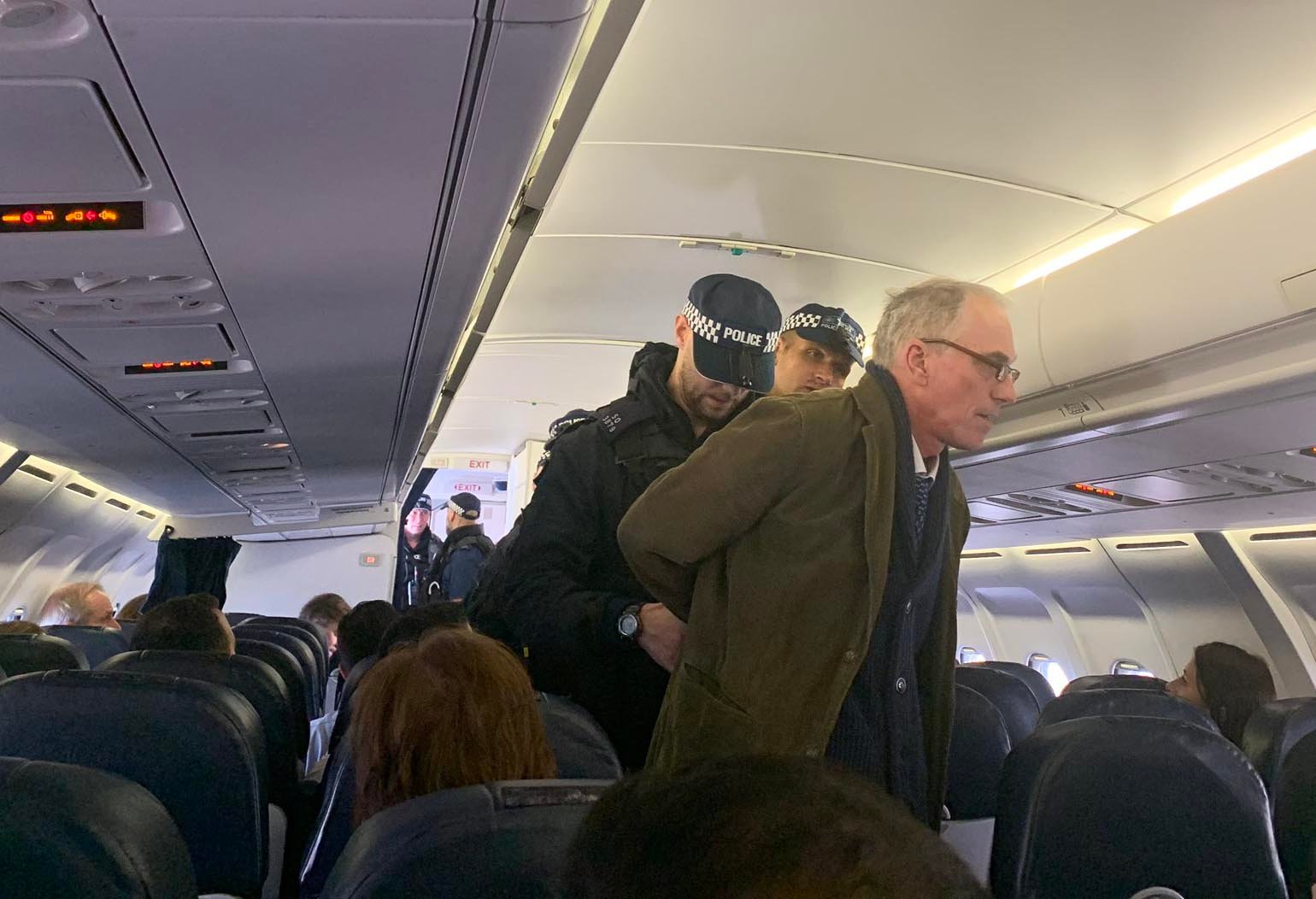 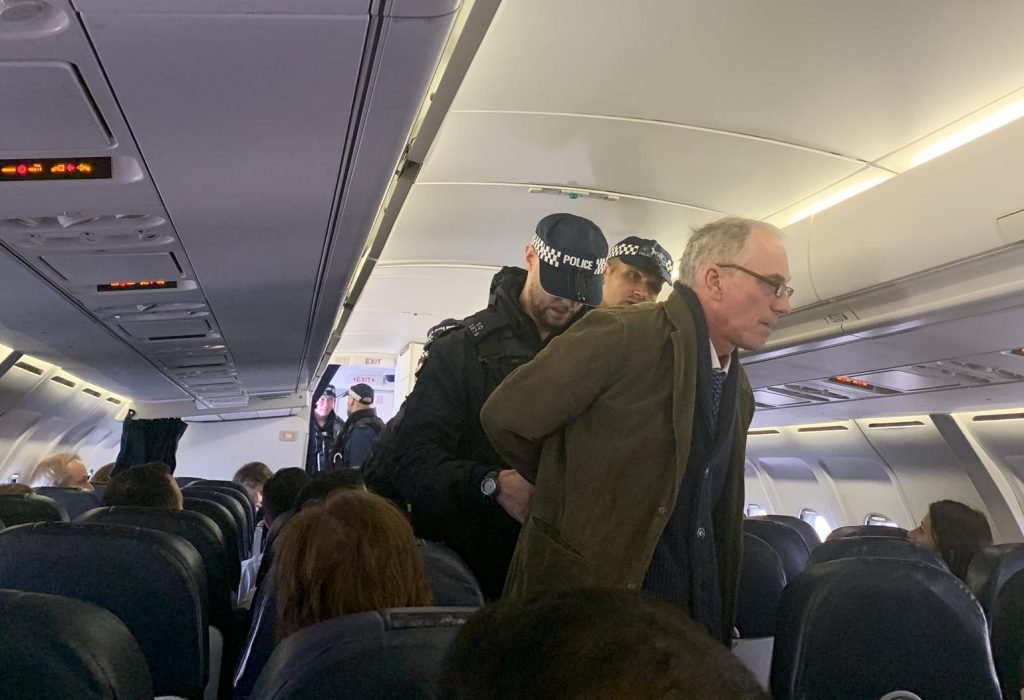 An Extinction Rebellion protester got on board a plane a London City Airport today as flight passengers braced for chaos with the climate activists.

Police had arrested 12 people with the demonstration just 30 minutes old this morning as video footage showed people involved in the ‘Fly Today, No Tomorrow’ protest being dragged away by officers.

Passengers arriving for flights were not allowed to enter the terminal without showing their boarding cards first, after XR protesters declared they would occupy and shut down the airport in East London.

Protesters were arrested while trying to enter the terminal, which was heavily surrounded by police. Many of the arrested were elderly who smiled as they were led away and sat on the pavement before being removed in vans. 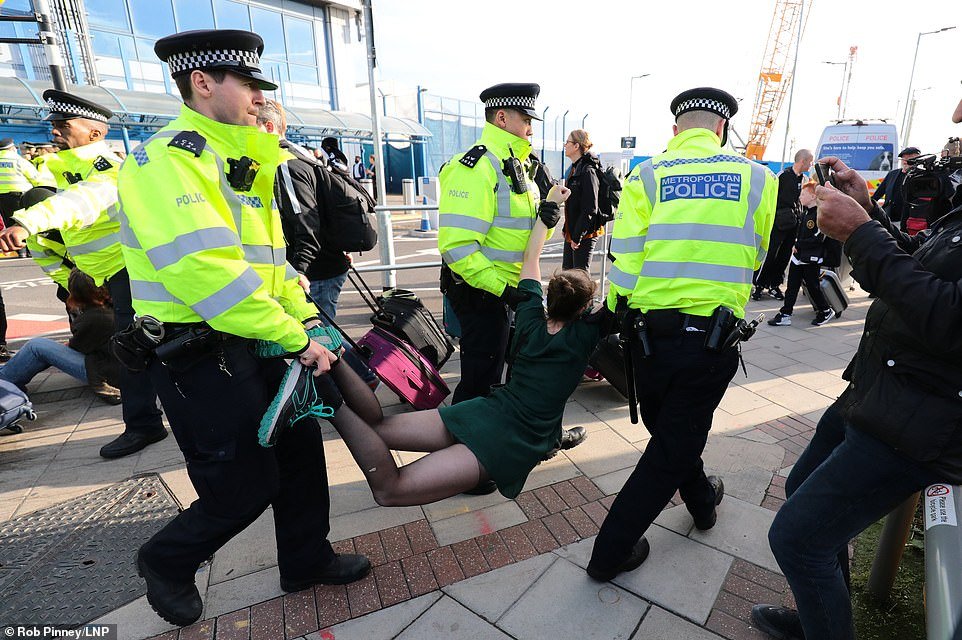 Around 30 protesters sang songs supported by a trumpeter in front of the terminal and raised an XR flag. One managed to climb onto the terminal roof, sang songs and was cheered by his fellow demonstrators.