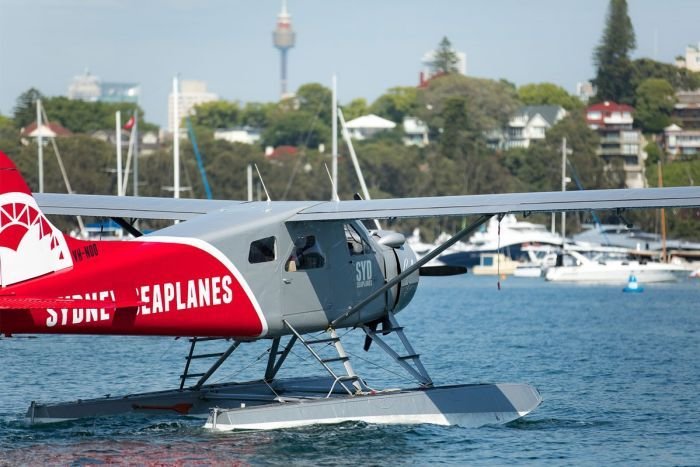 A DHC-2 Beaver sea plane, registration VH-NOO, and operated by Sydney Seaplanes, crashed into Cowan Creek 30km (18.6 miles) north of Sydney at about 3.15pm AEDT New Years Eve. The flight had 5 passengers and 1 pilot. New South Wales (NSW) Ambulance Service helicopters and the Westpac Rescue Helicopter responded. The Westpac Rescue Helicopter Crew reported debris and an oil slick plus the silhoutte of a plane under water. There were no survivors.

STORY: Police have now recovered all six bodies from the wreckage of a seaplane that crashed into the #HawkesburyRiver https://t.co/n540xRPZRv pic.twitter.com/bjPbZCEMZx

A terrible tragedy and a sad end to 2017. Our thoughts are with the families and loved ones of those involved, our paramedics & call takers https://t.co/BIOGr1v3XY

The plane is currently submerged 13 metres (42.6 feet) below the surface and will remain under police guard until Monday. NSW Police also confirmed that all 6 bodies were recovered by about 7.30pm AEDT.

The ATSB have announced they will investigate. They released a statement on facebook:
“***UPDATED at 6.15pm***

The ATSB is investigating the fatal collision with water involving a single-engine seaplane at Cowan Creek, Hawkesbury River, NSW this afternoon.

Preliminary facts and circumstances as they are believed to be as at 6.00pm on 31 December 2017:

At around 3.00pm this afternoon, a DHC-2 Beaver Seaplane, VH-NOO, operated by Sydney Seaplanes was flying in the vicinity of Jerusalem Bay (near Cottage Point).

It is understood that there was one pilot and five passengers on the aircraft on a return flight to Rose Bay, Sydney Harbour.

The sequence of events leading up to the accident are not yet understood, however following the impact with the water, the aircraft is reported to have sunk rapidly.

The ATSB’s Executive Director Transport Safety Nat Nagy and a team of three Transport Safety investigators are travelling to the accident site and will commence their work to determine the causal factors surrounding this tragic accident once the NSW Police activities have concluded.

The ATSB encourages anyone who witnessed the accident to call 1800 020 616 and register their details.

The ATSB will aim to release a preliminary factual report in approximately 30 days.

A final report into the accident may take up to 12 months to complete. However, should a safety issue be identified during the course of the investigation, the ATSB will immediately notify relevant parties.”

The latest statement from NSW Police:
“Inquiries continue into a sea plane crash off Jerusalem Bay near Cowan.

The plane, which had six people on board including the pilot, went down about 3.10pm today (Sunday 31 December 2017).

Police divers are on scene and the six bodies have now been recovered from the wreckage.

Police will work with Australian Transport Safety Bureau (ATSB) investigators as inquiries into the crash continue.

A report will be prepared for the Coroner.

No information is available on the identity of the occupants at this stage and media are asked not to speculate on their identity until confirmed by police.”

On it’s return to base the Westpac Rescue Helicopter spotted several people in distress at North Bondi and assisted local lifesavers in a rescue.

Sydney Seaplanes is a popular service, including with A-listers, that has operated for over 80 years providing flights around some of Sydney’s most popular tourist areas.