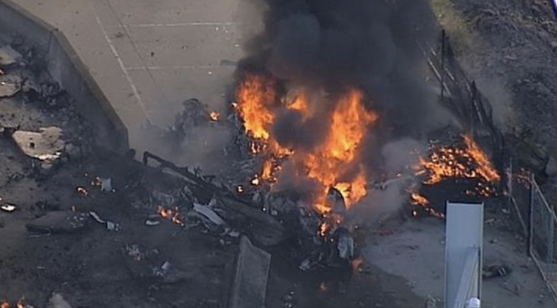 Five people are feared dead after a small charter plane “came in low and fast” before crashing into the Direct Factory Outlet shopping centre in Melbourne, causing a large explosion and sending plumes of black smoke into the air. 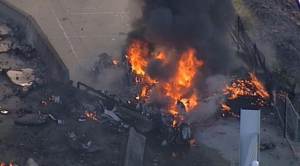 It’s understood the Beechcraft B200 Super King Air aircraft was a charter flight headed to King Island off Tasmania’s north-west coast. The plane had just taken off from Essendon Airport when it made two mayday calls shortly before crashing into the rear of DFO Essendon near the Spotlight and Focus on Furniture stores around 9am.

Victoria’s Police Minister Lisa Neville this morning confirmed five people were on board when the plane struck.”It’s too early to know whether there has been fatalities but it appears to be a very, very tragic accident that’s happened out there,” she said.

Police believe the crash may have occurred due to “catastrophic engine failure” but investigators have been unable to gain access to the building due to fire, Superintendent Mick Frewen said. 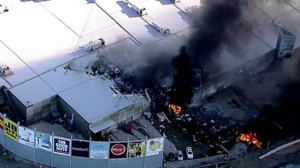 Around 60 firefighters are assessing the area for fire hot spots and structural damage.

ABC radio caller Jason was in a taxi when he looked out the window and saw what he thought was a twin-propeller plane.

“I saw this plane coming in really low and fast. It went just behind the barriers so I couldn’t see the impact but when it hit the building there was a massive fireball,” he said.