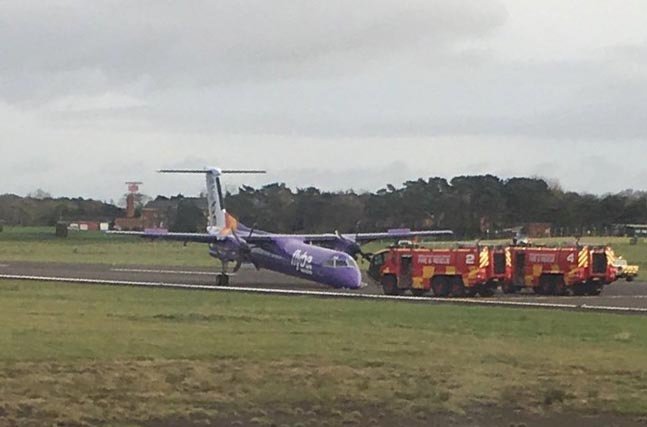 Flybe flight #BE331 from Belfast BHD to Inverness is circling since departure and declaring an emergency. 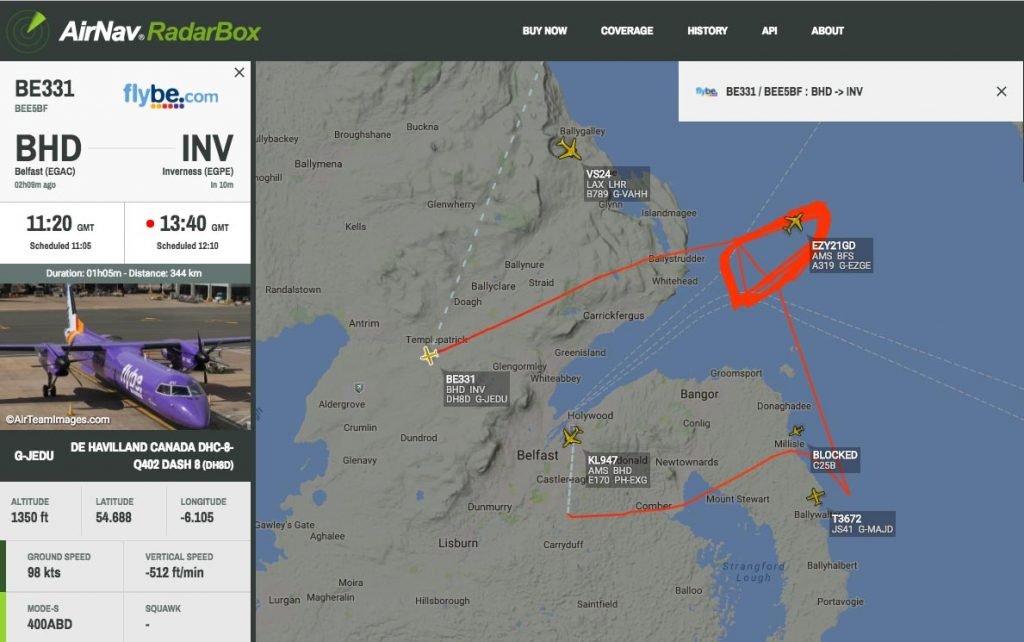 A Flybe spokesperson said: “Flybe can confirm that there has been an incident involving one of our Bombardier Q-400 aircraft, flight no BE331 which landed with no nose gear in place.
“The aircraft departed from Belfast City at 1107 local time bound for Inverness. The incident occurred at Belfast International Airport at approximately 1330 local time.
“There are 52 passengers on board and four crew members. Our primary concern is for the welfare of the passengers and crew.”