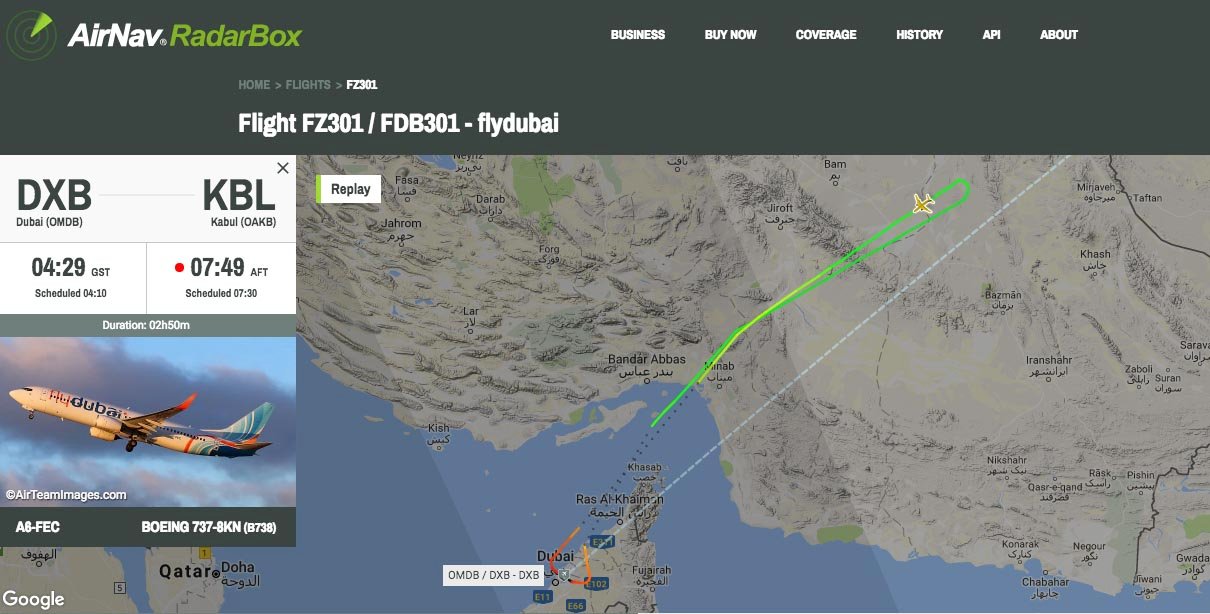 Flydubai has denied reports on Wednesday of an attempt to hijack its plane in Iranian airspace.

Azad News Agency said: “The Iranian Air Traffic Engineering Directorate announced that the flight of FlyDubai Airlines, from Dubai to Kabul, was over Iran when a person armed with a knife tried to enter the cockpit. The pilots succeeded in locking in and asked to return to Dubai airport.”

Pilots responded to Iran’s flight control of whether a hostage was taken or not, saying that the crew had succeeded in imprisoning the person in the toilet.

The budget airline confirmed that flight #FZ301, which was flying from Dubai to Kabul, returned to Dubai and that the incident was the result of a misbehaviour by a passenger — who was later detained by the competent authorities upon arriving the airport.

The General Civil Aviation Authority (GCAA) confirmed on Wednesday that Flight #FZ301, from Dubai to Kabul, had returned to Dubai and later the passengers resumed their flight, which left Dubai International Airport at 08:31 am.

Saif Al Suwaidi, Director General of GCAA, told the Emirates News Agency (WAM) that the incident took place on the plane following which a passenger was detained by authorities in Dubai upon landing the airport.