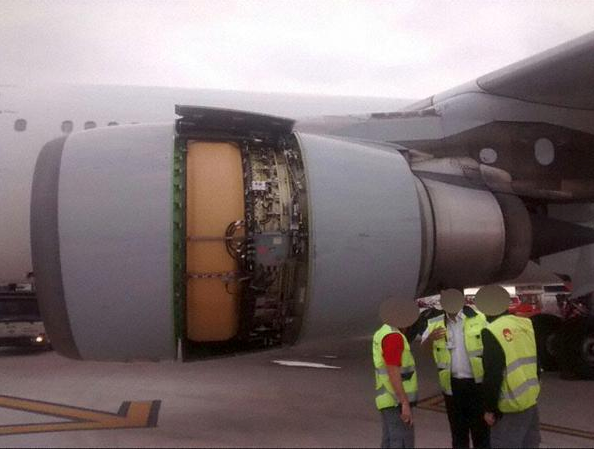 Germanwings flight #4U592 lost part of the cladding on its left engine during takeoff from Cologne.

The Airbus A330-200 (registration D-AXGA) departed at 6:40 (LT) Tuesday for Palma on the Spanish island of Mallorca.

The pilots did not notice that part of the engine cladding had fallen off until they were notified by air traffic controllers over France.

Germanwings says that the pilots decided to continue the flight as planned since there seemed to be no safety risk and the plane landed safely in Palma shortly before 9 a.m. (8:54 LT) with no harm to the 169 passengers and 13 crew members on board.

The airline said Tuesday that German air accident investigators were investigating how the incident happened.