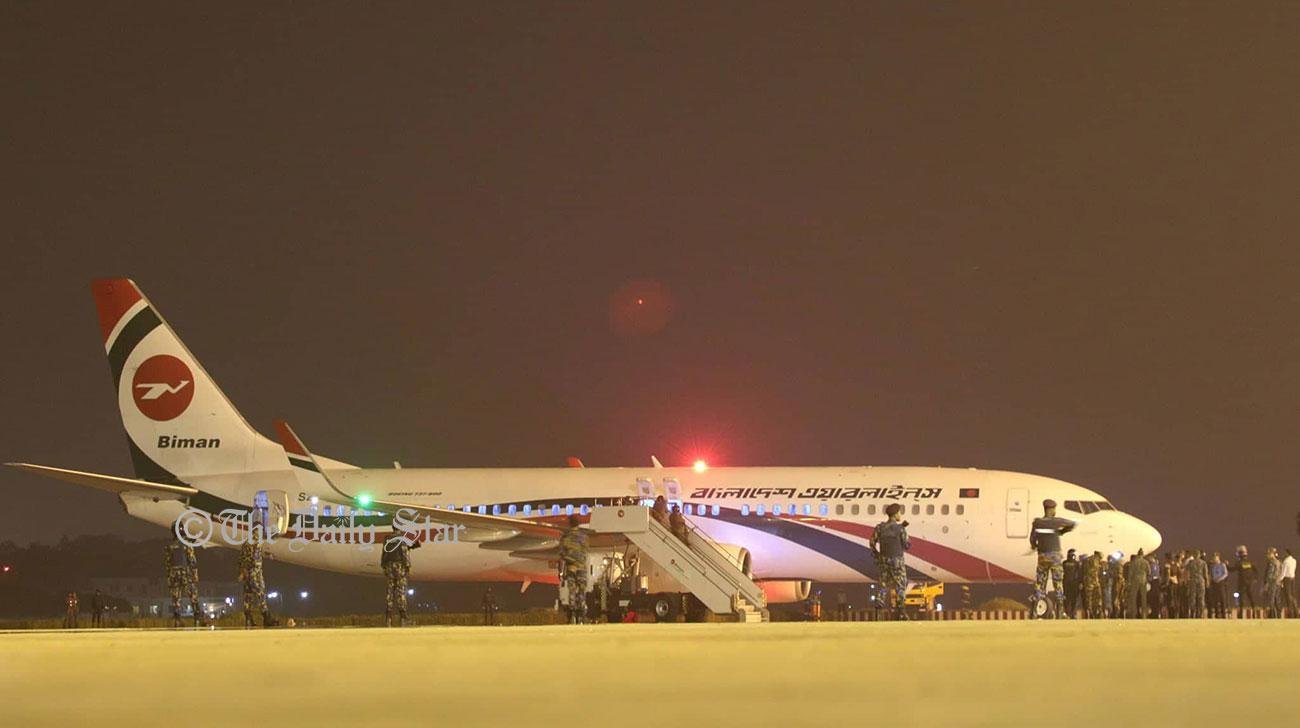 The flight from Dhaka to Dubai made an emergency landing at Shah Amanat International Airport in Chattogram.

UPDATE The hijacker was shot and killed by Bangladesh commandos. He was carrying a fake gun and told negotiators he wanted to commandeer a Dubai-bound flight because he had troubles with his wife, officials said Monday.

Two passengers on board said that shots were fired. However, there has been no confirmation of any injury or casualty.

The pilot made an emergency landing Bangladesh where Police have surrounded flight.

All the passengers have been evacuated.

The suspect has been apprehended and taken into custody.