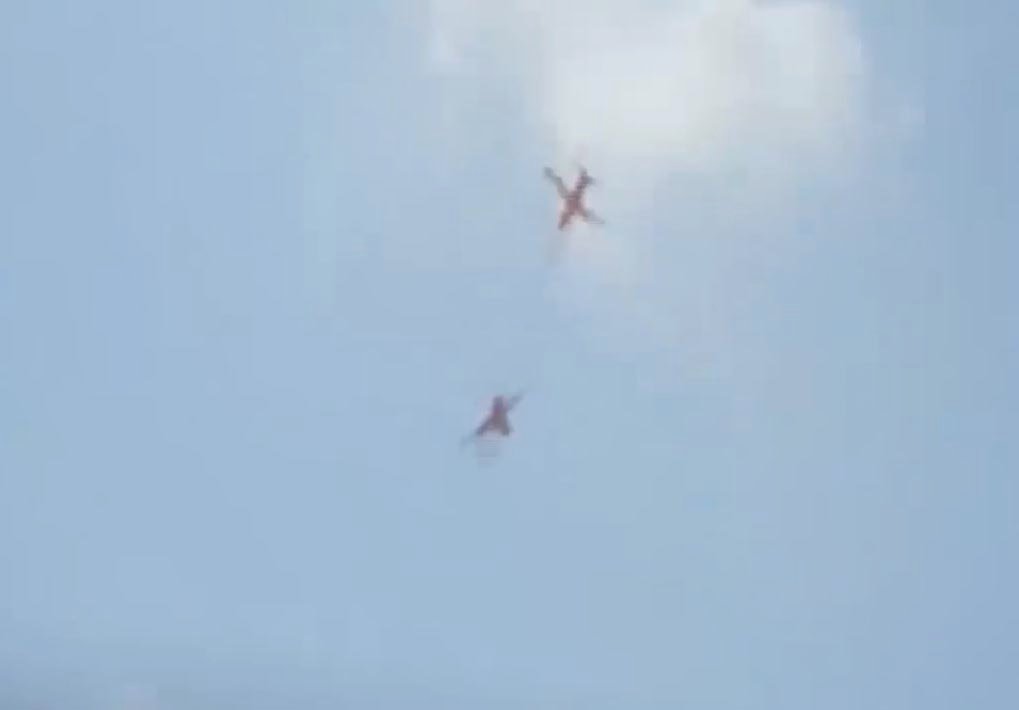 Two planes of the aerobatic team of the Indian Air Force crashed in preparation for the AeroIndia 2019 air show.

Two Indian Air Force planes collided in mid-air in the southern state of Karnataka on Tuesday while rehearsing an aerobatic show, killing one pilot and injuring two others.

The aerobatic team was scheduled to perform at Aero India 2019, a five-day airshow expected to draw nearly 500 Indian and foreign aviation firms and defense contractors.