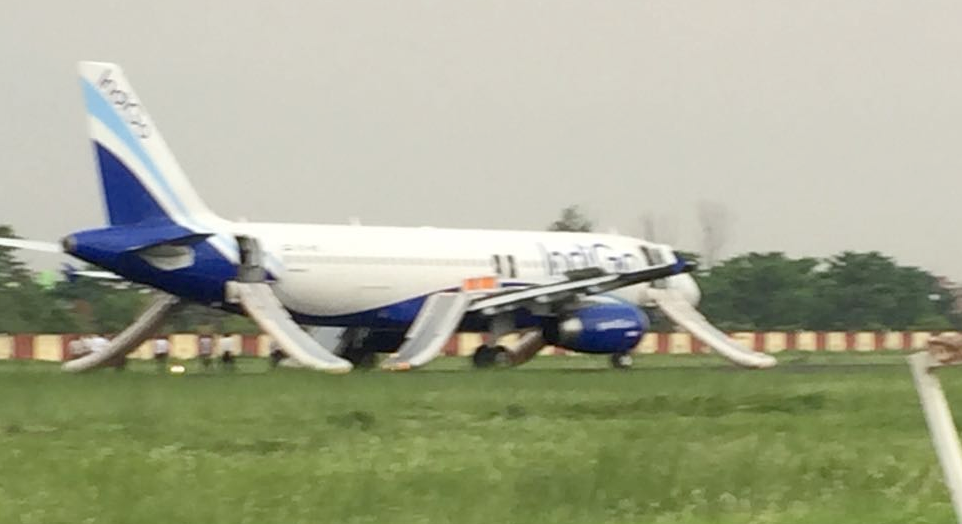 An aircraft of Indian Indigo Airline had to be evacuated by emergency slides this afternoon at Patna Jay Prakash Narayan International Airport (India).

The Airbus A320 to Delhi rejected takeoff with 174 passengers onboard after crew noticed smoke inside the cabin.

In a  statement issued by Indigo says flight #6E508 was involved in a low speed reject due to suspected engine stall and was then evacuated in 60 seconds.

“We will be operating a ferry flight from Delhi to Patna to pick up stranded passengers (at 9 pm)” the airline added.