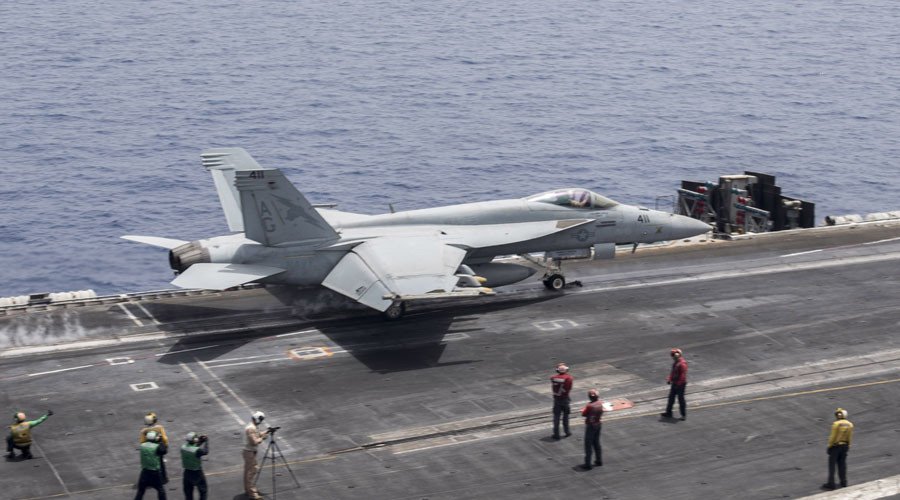 An Iranian drone came within 100 feet of a US Navy F/A-18 attempting to land on the aircraft carrier USS Nimitz in the Persian Gulf on Tuesday, according to two US defense officials with knowledge of the incident.

The officials said the drone forced the US aircraft to take evasive action.

The drone came within 100 feet below the aircraft and 200 feet to the side of the aircraft. The F/A-18 was in a landing pattern several thousand feet off the deck of the ship waiting to land.

The F/A-18 maneuvered repeatedly to avoid the drone officials said. The drone did not appear to be armed.

The officials said the drone encounter was considered unsafe and unprofessional. The US used an emergency radio frequency in the immediate area to warn those operating the drone to back away. It did eventually move off.