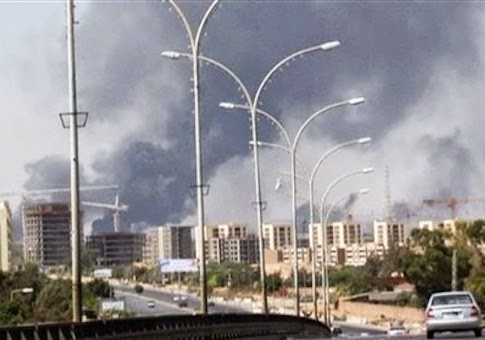 Islamists have taken control of as many as a dozen commercial airliners last month after taking over a Libyan airport.
The revelations came to light after US intelligence agencies issued a warning that the aircraft could be used in terror attacks across North Africa.
The airliners were reportedly taken by the Libyan Dawn group after they took over the Tripoli International Airport late last month.
While there isn’t exact information on which planes were taken, there were several large Airbus planes in the fleet of Libyan Airlines, including an Airbus A340, which has a range of 6,700 to 9,000 nautical miles.
Obviously, the news is unsettling as the intelligence warning was released just 9 days ahead of the 13th anniversary of the 9/11 attacks in which passenger planes were used to strike targets in the United States.
It’s hard to imagine planes that large being able to breach US airspace, but they certainly could be used regionally to attack US interests or allies.
Category: NewsBy admin4493September 3, 2014
Share this post
Share on FacebookShare on Facebook TweetShare on Twitter Share on WhatsAppShare on WhatsApp Share on LinkedInShare on LinkedIn