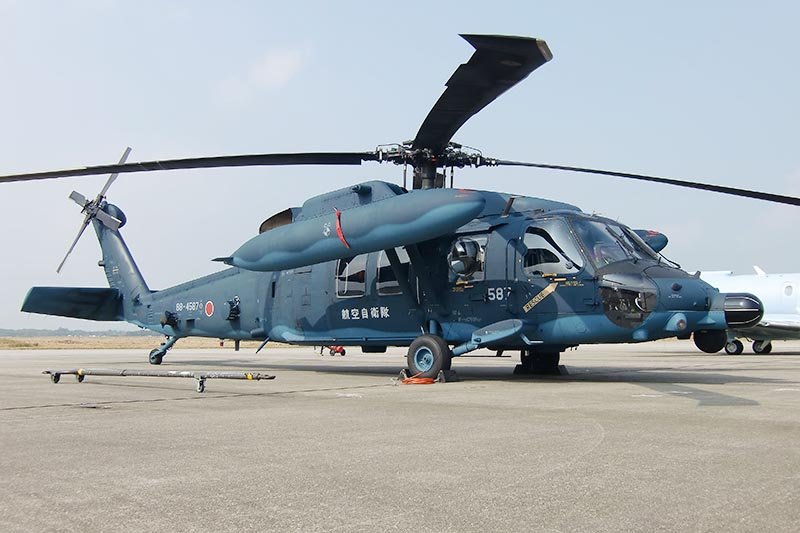 A Japanese defense helicopter carrying four crew members lost contact during flight training in central Japan on Tuesday evening and is feared to have crashed.

The UH-60J disappeared from radar while flying over the Pacific Ocean about 30 kilometers (18 miles) south of Hamamatsu, a coastal city in central Japan, defense officials said.

Defense Minister Itsunori Onodera told reporters that rescuers dispatched to the site spotted objects that appeared to be broken parts of the helicopter floating in the water, suggesting a crash.

The helicopter belongs to the Air Self-Defense Force base in Hamamatsu, about 250 kilometers (150 miles) southwest of Tokyo.

It was on a nighttime search and rescue flight training mission and lost contact soon after taking off from the base, Kyodo News service reported.