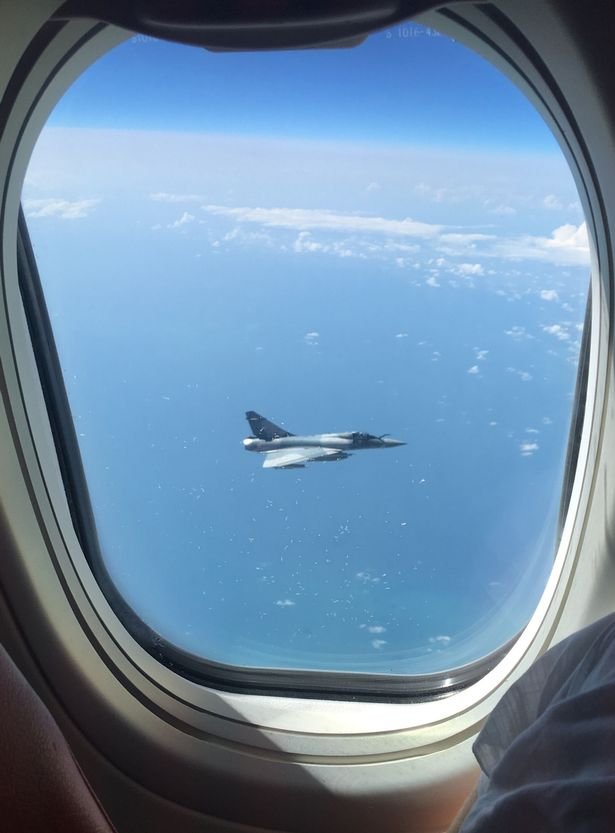 Passengers on board a holiday jet flying from Spain to Birmingham were surprised to see 2 French fighters Mirage 2000 surrounding the Jet 2 Boeing 737-800 (reg. G-JZHT) have told how it was shadowed by a French fighter plane for up to 15 minutes.

UPDATE We have confirmation from the French Air Force that flight #LS1204 was intercepted due to loss of communication.

The reason of the interception is no clear as the low-cost carrier Jet2 said it was awaiting confirmation from French aviation officials as to why Flight #LS1204 was apparently tracked by the French air force on Friday afternoon.