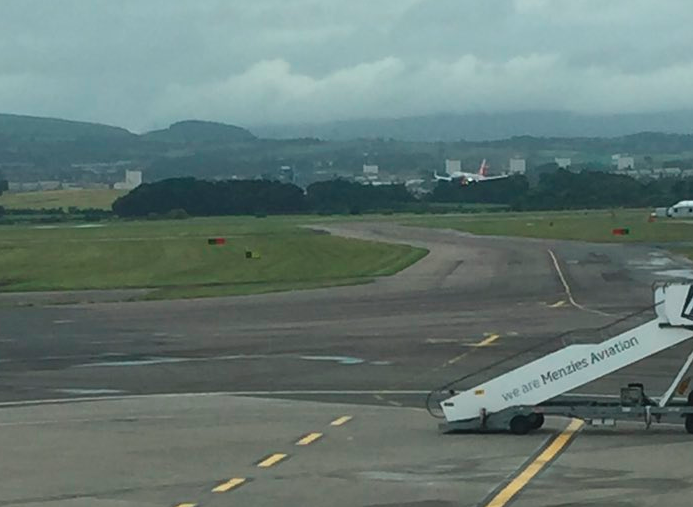 Flight LS189 returned to Glasgow airport due to a technical issue.

Jet2 #LS189 to Palma de Mallorca declared an emergency seconds after takeoff from Glasgow due to pitch control issue.