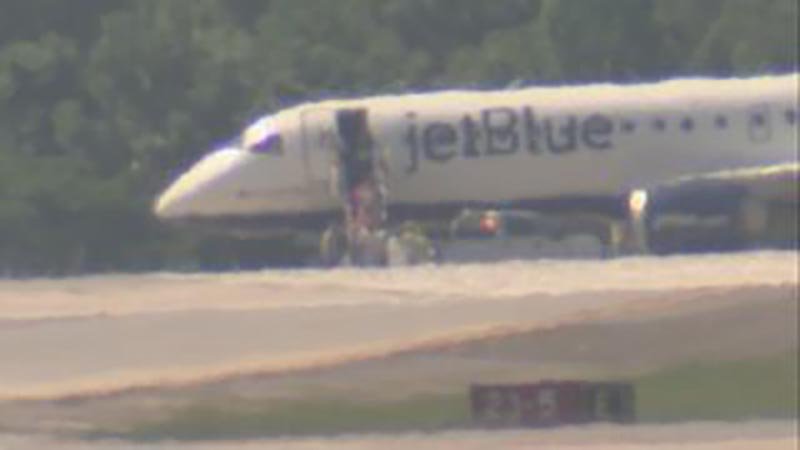 The FBI and the Charlotte-Mecklenburg Police Department responded to the Charlotte-Douglas International Airport after a reported security concern.

JetBlue statement
“JetBlue Flight 218, scheduled to depart from Charlotte to New York this morning, has been delayed for additional security screenings out of an abundance of caution. Local law enforcement is on-site and we are working to get customers on their way to New York as soon as possible.”

According to David Lathan, a passenger on the plane from Rockingham, North Carolina, the aircraft was taxiing to the runway when the pilot had to stop. Lathan claims the pilot told the passengers there had been a bomb threat and gave them directions.

Security officials are searching all luggage before passengers can re-board the aircraft.