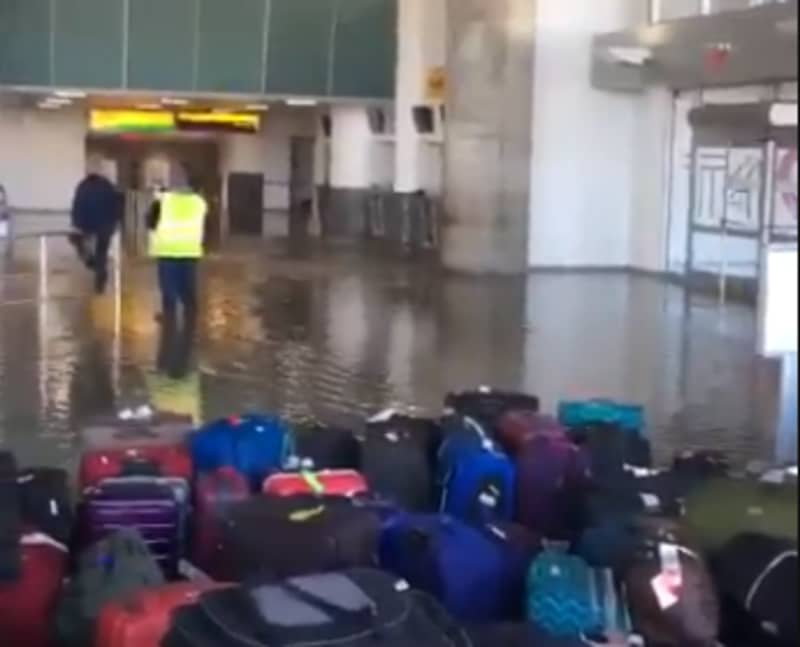 Terminal 4 of John F. Kennedy Airport has been evacuated Sunday due to a massive water break during an already chaotic scene as many passengers remained stranded from canceled or delayed flights from Thursday’s “bomb cyclone” snowstorm.

The water leak flooded a baggage holding area in Terminal 4.

Travelers had complained about delays and baggage problems even before the leak occurred.