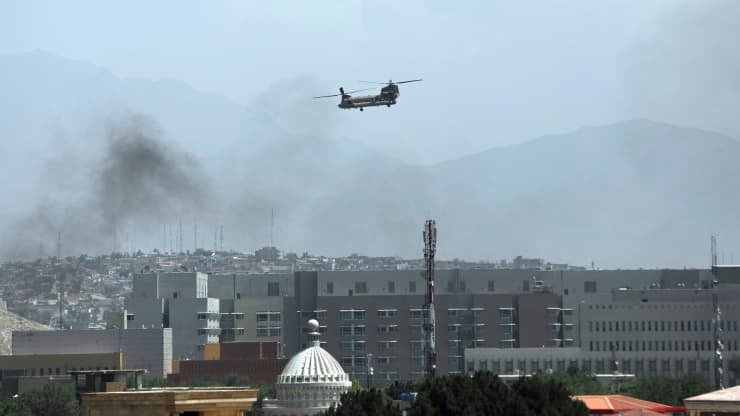 The U.S. embassador has departed for the airport, taking the embassy’s flag with him, according to media reports.

Taliban fighters made dramatic gains on Sunday, entering the outskirts of the capital, Kabul, as the US deployed troops to evacuate thousands of people, government officials said.

Abdullah Abdullah, the head of the Afghan National Reconciliation Council, said Ghani had left and blamed him for the country’s situation.

An Afghan official said forces at Bagram air base, home to a prison housing 5,000 inmates, have surrendered to the Taliban.