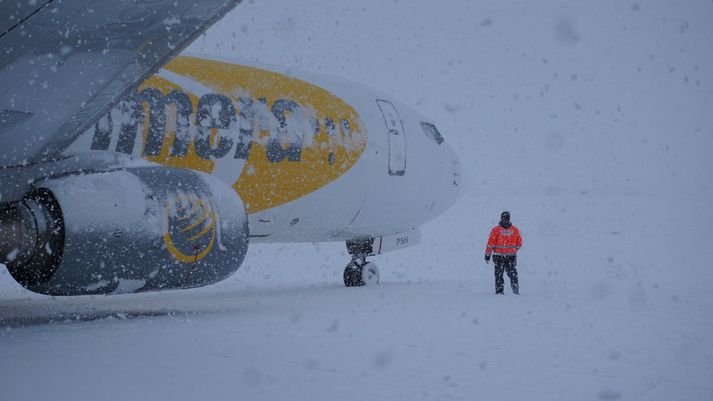 Keflavik International Airport has been closed after Icelandic airline Primera Air Boeing 737-800 (reg.YL-PSH) from Alicante skidded off the runway upon landing.

The cause of the accident is likely heavy snowfall and ice on the runway. Nobody was injured in the accident.

The accident took place shortly before 17:45. Airport staff is working to re-open the runway.

A spokesman for the airport who spoke to the Icelandic National Broadcasting Service said that the passengers are still on-board the plane, but that nobody was hurt, although many were shaken by the incident. The cause of the accident is not known, but airport authorities believe difficult weather conditions are the most likely culprit.

The accident caused the North/South runway to be closed. The other major runway, the East/West runway is closed due to maintenance.