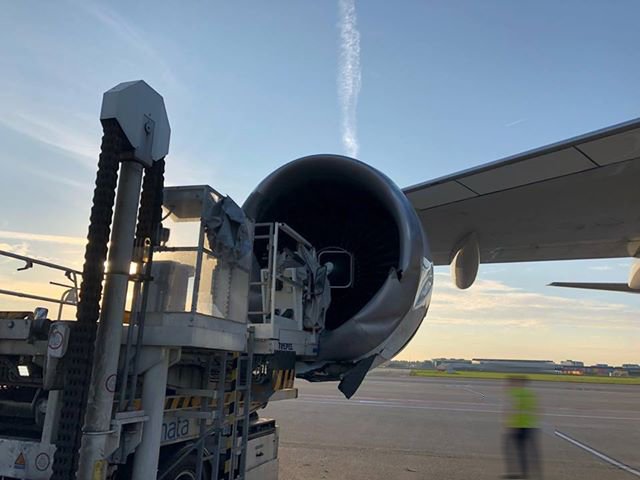 KLM Boeing 747-400 took serious damage to its #4 engine cowling when it was hit by a high-loader during parking at Amsterdam Schiphol.

A KLM Boeing 747-400 (reg. PH-BFN) was badly damaged on Monday morning when it collided with a high-loader while being towed at Amsterdam Schiphol.

According to the airline, there were no passengers on board at the time of the incident, a spokesman reports to Reismedia. 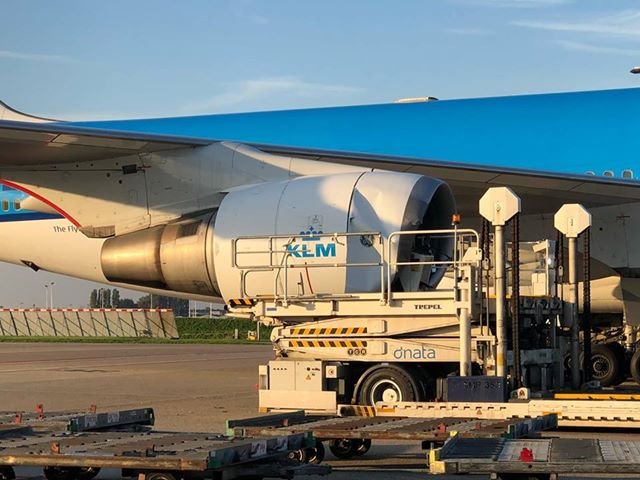 The damage to engine #4 is considerable.

The incident took place on the Romeo platform, where freight flights are normally parked. The Boeing 747 had landed earlier in the morning from Paramaribo and was temporarily parked on the platform.