BREAKING LAM #TM136 Boeing 737-700 was hit by an external body on approach to Tete, Mozambique 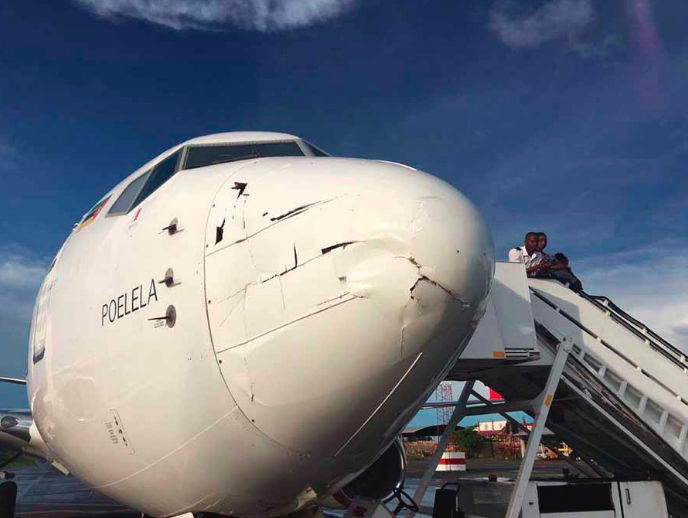 UPDATE 10 jan 2017 The Mozambique’s Civil Aviation Authority concluded the radome most likely failed as result of a structural problem “material failure”. Presenting a preliminary report on the incident at a Maputo press conference on Tuesday, the chairperson of the IACM board, Joao de Abreu, said there was no sign that any flying object had collided with the Boeing – even though this had been the assumption made by LAM itself at the time.

Linhas Aéreas de Moçambique, SA confirmed that the Boeing 737-700 aircraft performing the flight #TM136 on January 5, 2017 from Maputo with 80 passengers on board and 06 crew members, suffered damage on the right side of the dome.