BREAKING Leaked picture of U.S. Navy F-35C that fell into the sea from the deck of USS Carl Vinson 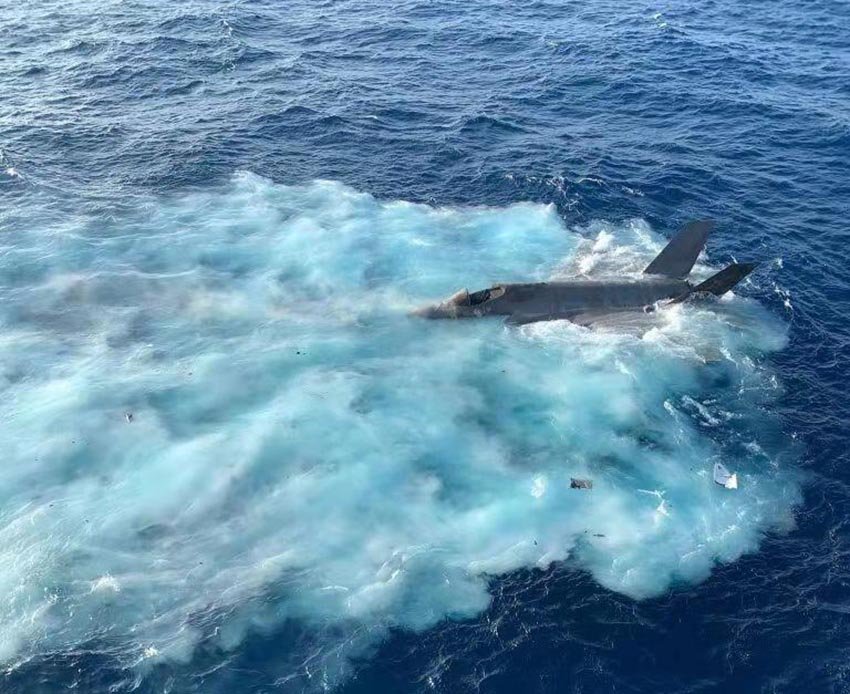 An F-35C Lightning II Joint Strike Fighter had a “landing mishap” on the deck of USS Carl Vinson on Monday in the South China Sea.

The photo of the incident has been published today on reddit.

The F-35C Lightning II, which is assigned to Carrier Air Wing 2, was conducting routine flight operations in the South China Sea when the mishap occurred. The plane’s pilot “safely ejected”.

Seven sailors were injured, with three sent to a medical facility in Manila, Philippines.

The United States Navy is making arrangements to recover the aircraft.