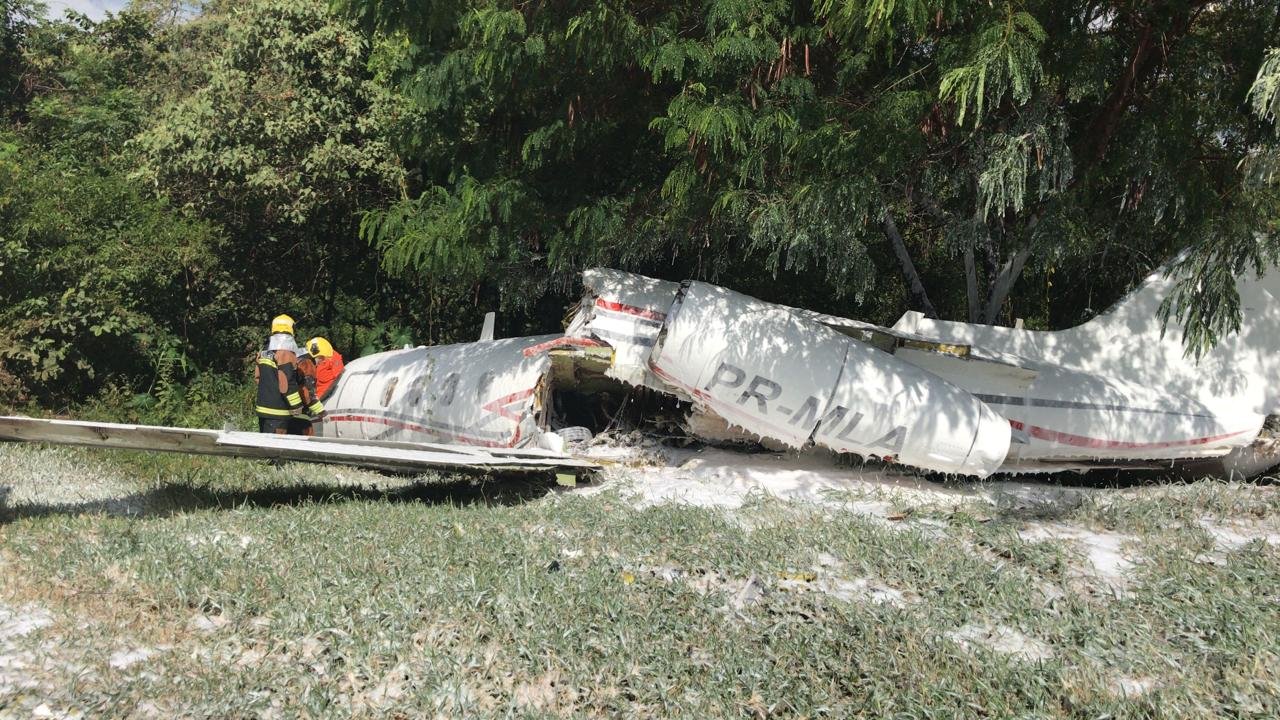 A Learjet 35A suffered a runway excursion and stopped in a grassy area at the Belo Horizonte Pampulha Airport on Tuesday afternoon.

The accident happened at 1:55 p.m. and the airport was closed for landings and take-offs from 1:55 p.m. to 2:29 p.m. The aircraft with registration PR-MLA was performing a test flight.

According to multiple reports, three people were on board the aircraft. The co-pilot died on the spot, whereas the pilot was rescued and airlifted to a hospital for medical attention. The third person suffered minor injuries and was rescued alive by the Fire Department.

The plane landed without the landing train and did not stop within the runway, sliding to the end. The Rescue and Fire Fighting Services were positioned to assist the aircraft.

The causes of the incident have not yet been determined. This incident is being investigated by the Center for Investigation and Prevention of Aeronautical Accidents (Cenipa).