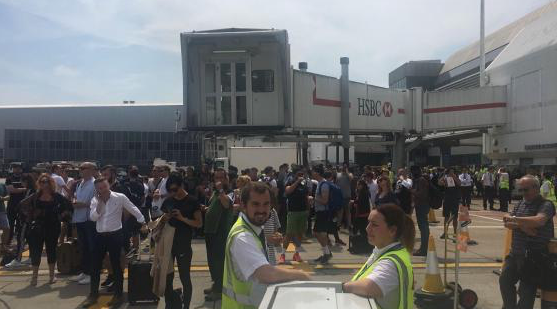 London Heathrow evacuated after a fire alarm was sounded in Terminal 4.

Heathrow’s Terminal 4 has been evacuated after fire alarms went off in the second major alert at the airport within days.

Passengers took to social media to say a fire alarm has been sounding but that there was mass confusion about how to leave the terminal.

People were captured on video carrying luggage and slowly milling through the building as they tried to find out what was happening.

Confirming the evacuation, a  spokesperson for Heathrow said: “We are investigating this as a matter of urgency and we will keep passengers informed with updates.”