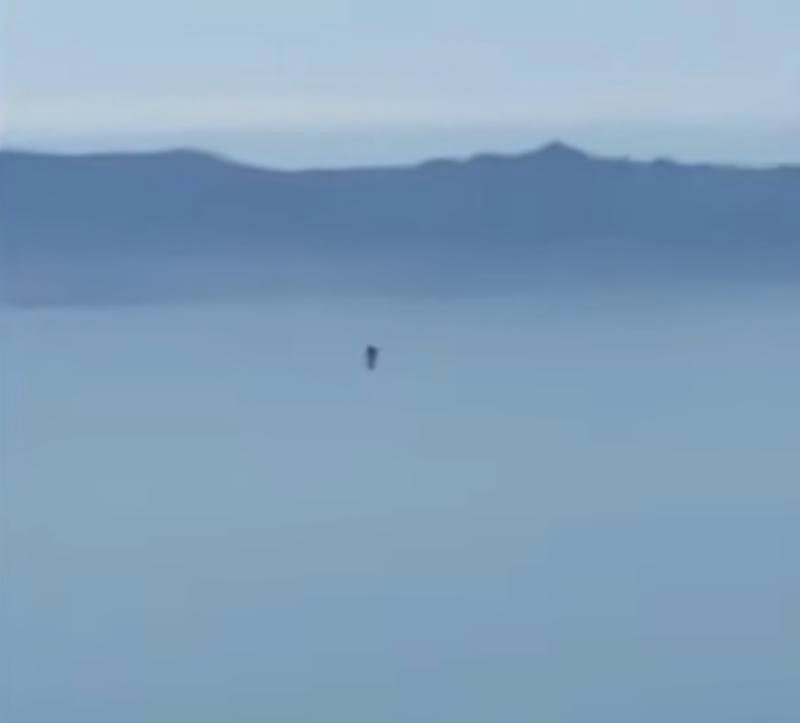 The unidentified flying man in Los Angeles has finally been caught on video at 3,000 feet above Palos Verdes near Catalina Island with a jetpack.

The mystery guy has been spotted at least twice before, in the summer and fall, but now there’s video, posted to the Instagram account of the Sling Pilot Academy, a local aviation school.

The video, which the school said one of its flight instructors recorded Monday, appears to show a solitary man sailing through the sky above the water off the California coast.

Although the figure does look like a person in some kind of suit, the school said it wasn’t 100% certain that the flyer was indeed the mystery sky intruder.

“The video appears to show a jet pack, but it could also be a drone or some other object,” the school admitted. “If it is a ‘guy in a jet pack’ then it remains to be seen whether it is a legal test flight (jet packs are real – there is a manufacturer near Los Angeles) or related to the jet pack sightings near LAX recently that caused disruptions to air traffic.”

Local police, the FBI and Federal Aviation Administration had announced an investigation in early September after an August spotting of a suspected jetpack traveler 3,000 feet off the ground near Los Angeles International Airport. Two separate airline crews had reported sightings, but there was no video at the time.