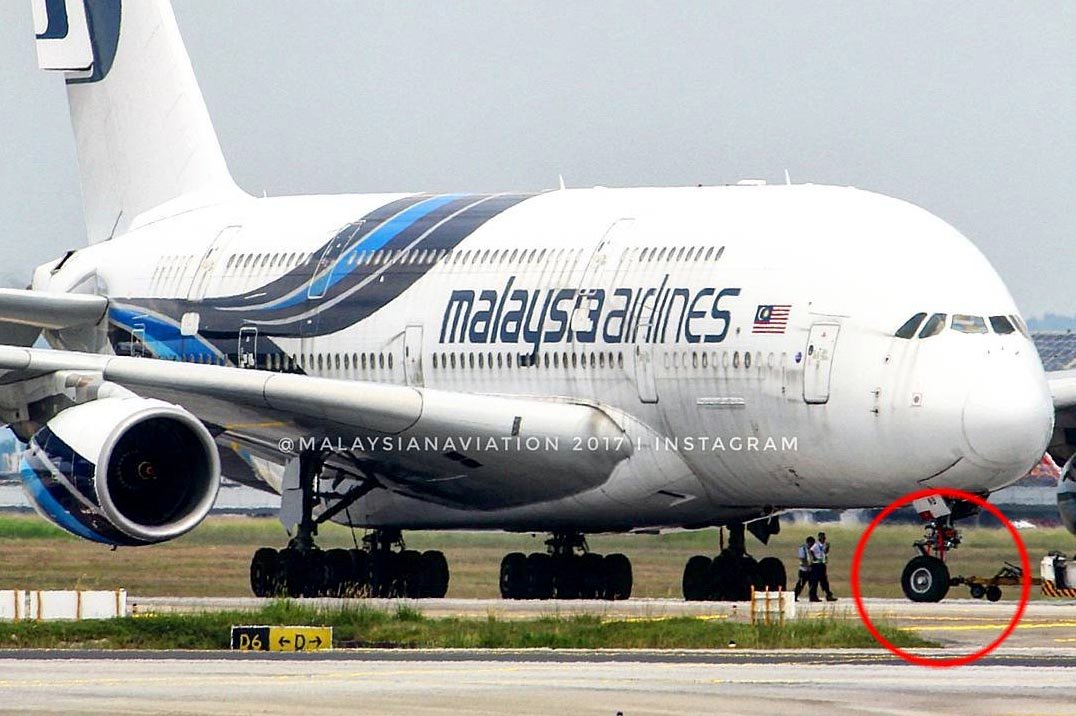 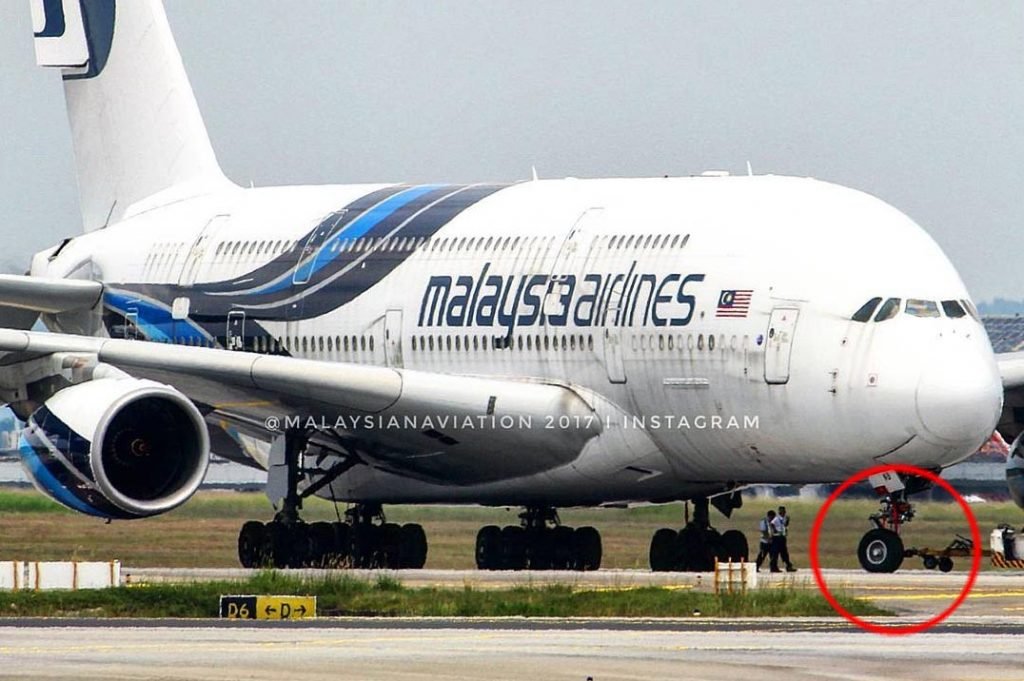 Maylaysian Airline Airbus A380 (reg. 9M-MNB) suffered an incident earlier this morning. After landing, one of the nose gear was missing and the remaining wheel was twisted.

It’s still unclear if the incident happened during the landing or if the A380 lost the wheel during approach.

The flight #MH3 from London Heathrow landed at Kuala Lumpur International Airport landed at around 06:00 am local time.

The pilots immediately stopped the aircraft and called the emergency team.