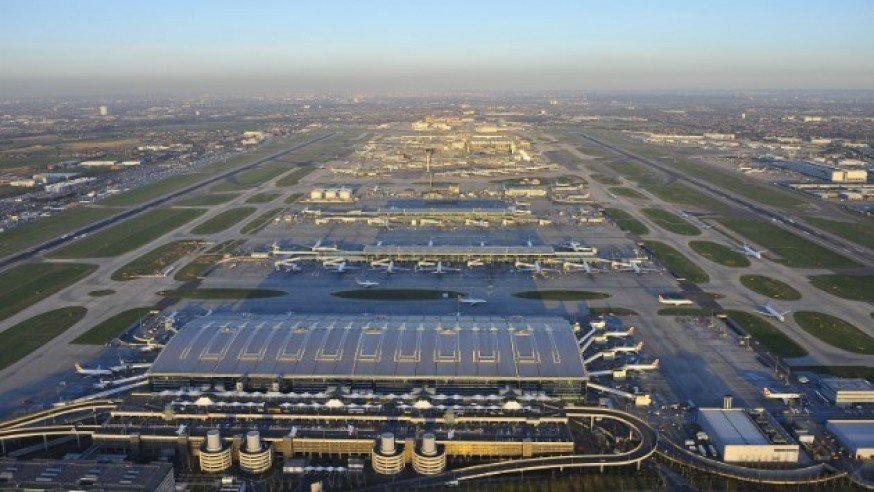 Scotland Yard said the man was nabbed on suspicion of possessing terrorist-related material after he arrived at the airport on Saturday.

He was taken to a London police station where he remained in custody Sunday.