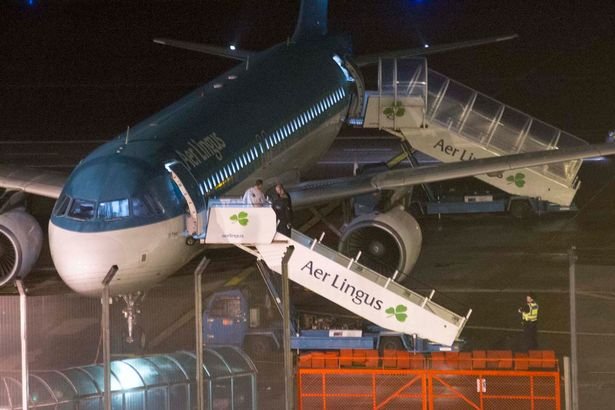 UPDATE Irish police have confirmed that a number of packages were found inside the body of a Brazilian man who died on board an Aer Lingus flight to Ireland from Portugal this week. It is believed the packages contained cocaine.

UPDATE A woman who is believed to have been accompanying the man who died has been arrested and is being held in a police station in Ireland, reports the Irish Mirror.

A man died on board an Aer Lingus Airbus A320 flight EI485 from Lisbon to Dublin this evening.

The flight was diverted to Cork Airport after a 24-year-old man became agitated about an hour into the two hour journey. He bit another passenger before being restrained. He subsequently became unwell and then fell unconscious.

The captain of the flight declared a medical emergency and diverted the plane to Cork Airport, where it landed at around 5.40pm this evening.

It is not clear when the man died but he was pronounced dead on board the airplane and his body remains there.

One man, injured during the flight, has been taken to hospital.
The passengers are expected to re-board the plane and fly to Dublin before midnight.