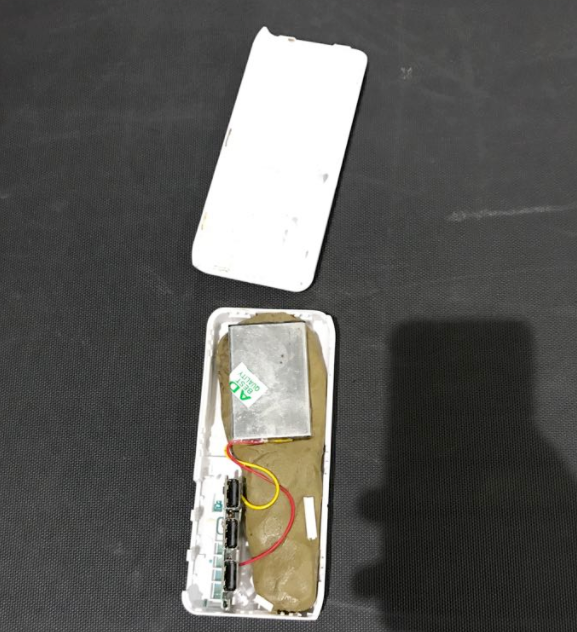 In a major scare at Mangalore airport on Tuesday, a Dubai-bound passenger’s power bank was found to have a suspicious clay-like object in his check-in baggage.

The flight is question was an Indigo Airlines aircraft plying directly from Mangaluru to Dubai.

“IndiGo’s alert security screener staff at Mangalore caught a suspect carrying alleged cellphone bomb today. The matter has been reported to the local police. Since it is a sensitive security matter we have nothing more to share. IndiGo is committed to providing the highest levels of safety and security for its passengers at all times,” the airliner said.

“The passenger was booked on IndiGo’s flight 6E877 from Mangalore to Bangalore at 10 pm on Tuesday and then he was to travel from Bangalore to Dubai on IndiGo flight 6E95 Wednesday (September 20) at 7.20 am. While screening his checked in baggage at Mangalore, the screener noticed that a power bank was in his bag which looked suspicious (as it showed a green colored thick image). The screener did a physical check and opened the power bank to check and noticed a clay like substance in the power bank,” said a senior official.

The screener raised an alarm and the Central Industrial Security Force dog squad was pressed into service. While the dog squad gave “mixed signal of positive and negative”. An explosive trace detection test was conducted which showed it was not an explosive.