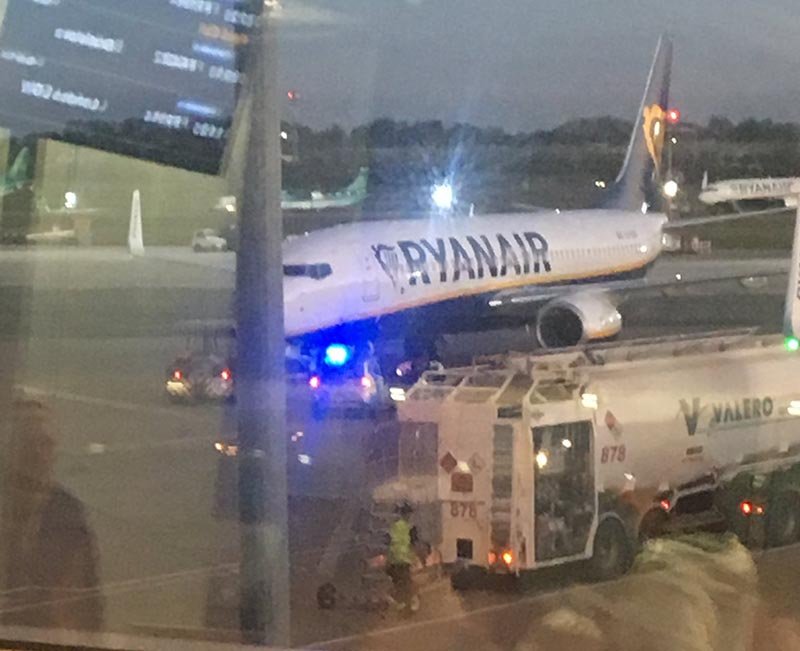 A passenger has been pinned to the ground by police at Dublin Airport after running out of the terminal towards a plane and shouting at the pilot to wait.

Moments earlier the man was inside banging on the window of the terminal and asking ground crew to hold the plane.

He made it to the taxiing Ryanair aircraft before police arrested him.

A ground crew member said the man “just ran from the building towards the plane,” which was departing for Amsterdam.

He was was initially restrained by Ryanair staff on the apron and airport police, who had already been contacted, arrived on the scene almost immediately and arrested him.

He was taken to the Airport Police Station and will be handed over to the Gardai (Irish police).”