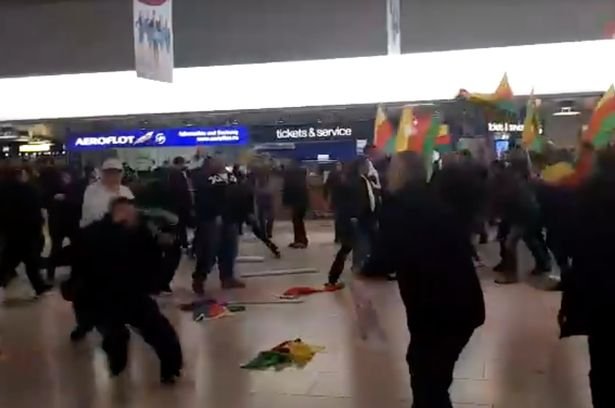 A mass brawl involving around 180 people broken out at Hannover Airport on Monday, police says.

German Newspaper Hannoversche Allgemeine Zeitung (HAZ) reports the fight broke out at the Turkish Airlines check-in area in Terminal B at 16:10 local time.

A protest over Turkish military action in Syria was taking place in the city, and pro-Kurdish protestants were on their way from the airport to the demonstration.

Videos uploaded to social media show brawlers were throwing punches and kicks at each other and some even using flags as weapons while passengers fled to safety.

A tweet by Hannover police said: “According to initial information, there is currently a major dispute at Hannover Airport. We are bringing additional forces!”

Tear gas was used to separate the groups. Police later said that two people have been injured in the conflict.