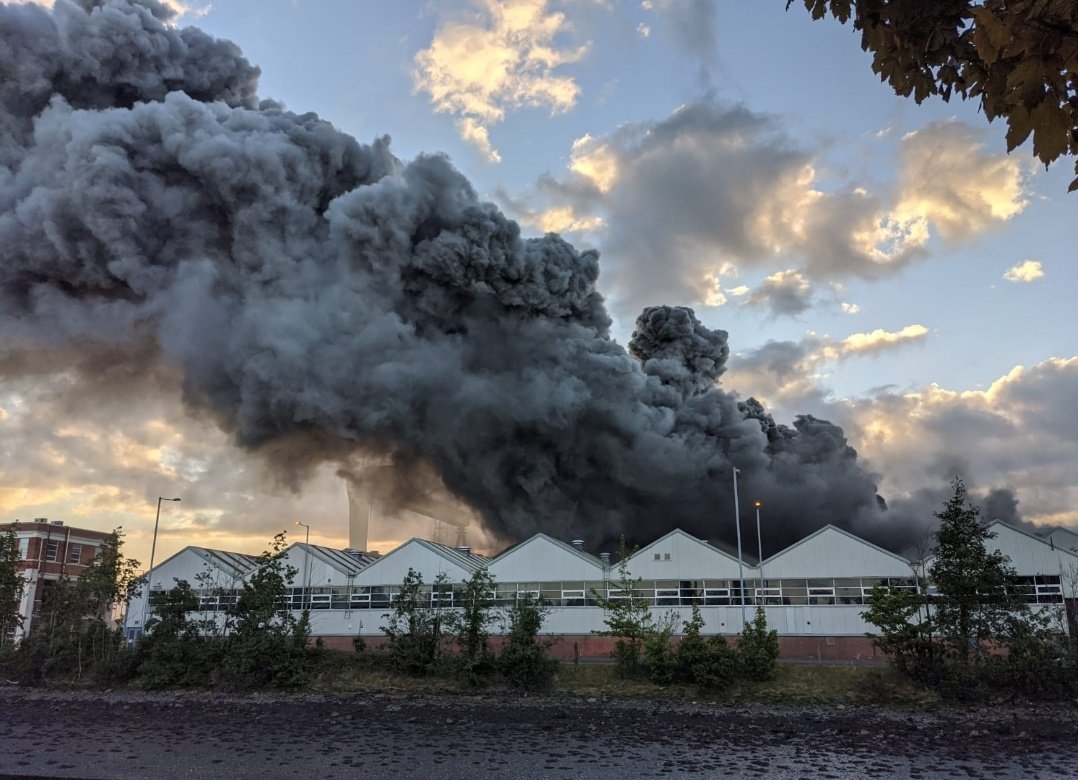 Describing the blaze as “a significant incident”, a Fire & Rescue Service spokesman said the fire was in the Airport Road manufacturing facility, which was “well alight”.

Seven fire appliances, including an aerial one, were dispatched as a pall of black smoke rose over Belfast Harbour on Sunday night. 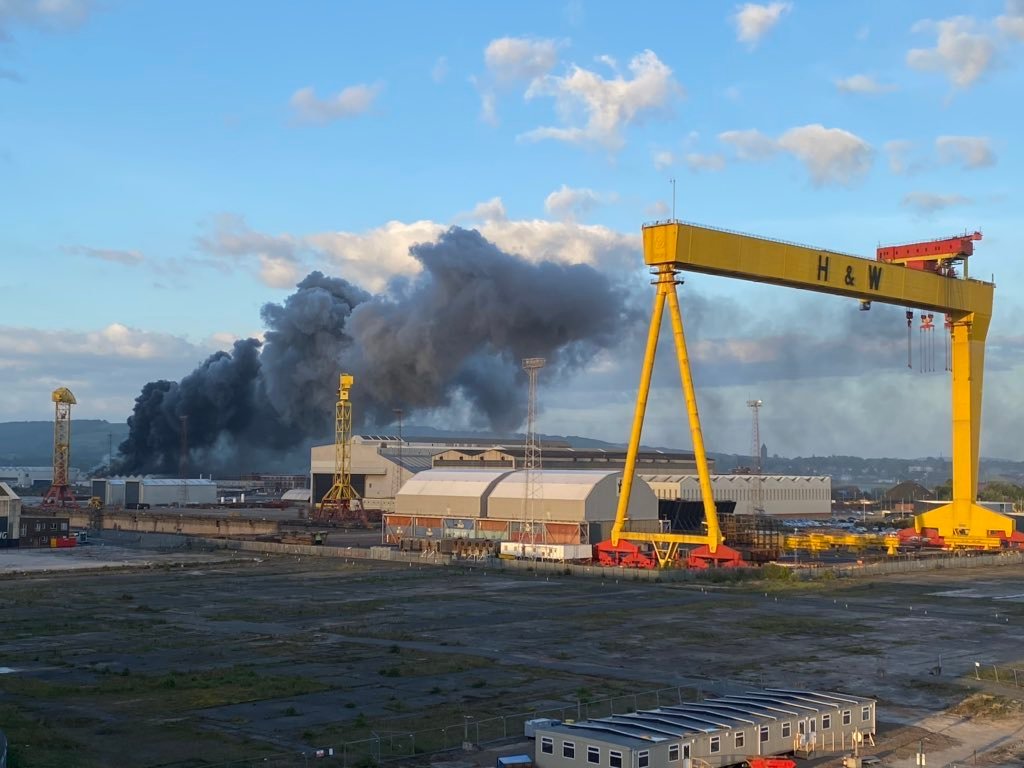