BREAKING Mid-air collision between a small plane and a helicopter 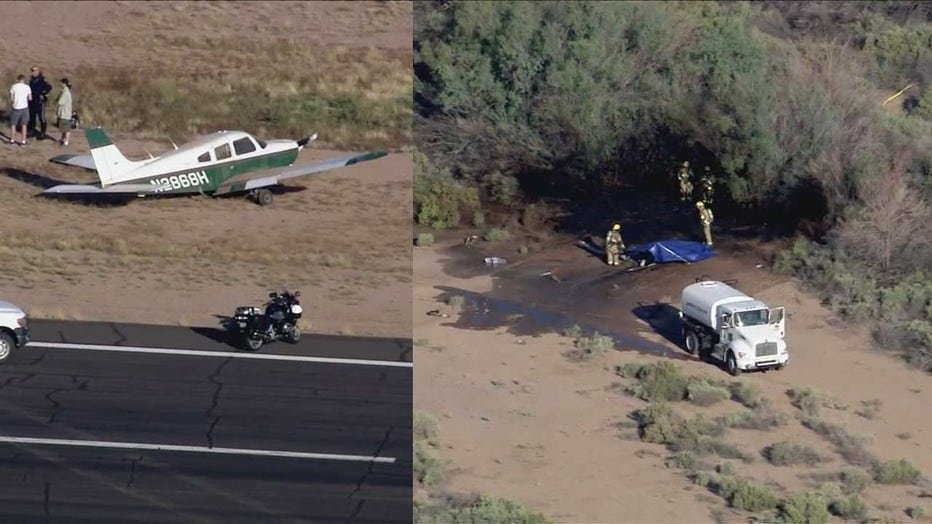 Two people are dead after a helicopter reportedly collided mid-air with a small plane before crashing Friday near a Chandler airport.

According to the Chandler Fire Department, a mid-air collision between a helicopter and a fixed-wing plane was reported on Oct. 1 near the Chandler Municipal Airport. The plane landed safely, but the helicopter crashed and caught fire.

The department said two people on board the helicopter died.

The plane was upright on the ground just off a runway. Its fuselage appeared to be intact. Those who were on board the plane did not need medical attention, and no one on the ground was injured.

The airport was closed and the National Transportation Safety Board will investigate the collision.

The Federal Aviation Administration released the following statement on the crash:

“A single-engine Piper PA-28 and a Robinson R22 helicopter collided in the vicinity of Chandler Municipal Airport in Arizona around 7:42 a.m. local time today. The helicopter crashed near the airport, and the airplane landed safely on the runway with a damaged landing gear. Initial reports indicate two people were aboard each aircraft. The FAA will release the tail numbers after investigators verify them. The FAA and National Transportation Safety Board will investigate. The NTSB will be in charge of the investigation and will provide additional updates. Neither agency identifies people involved in aircraft accidents.”