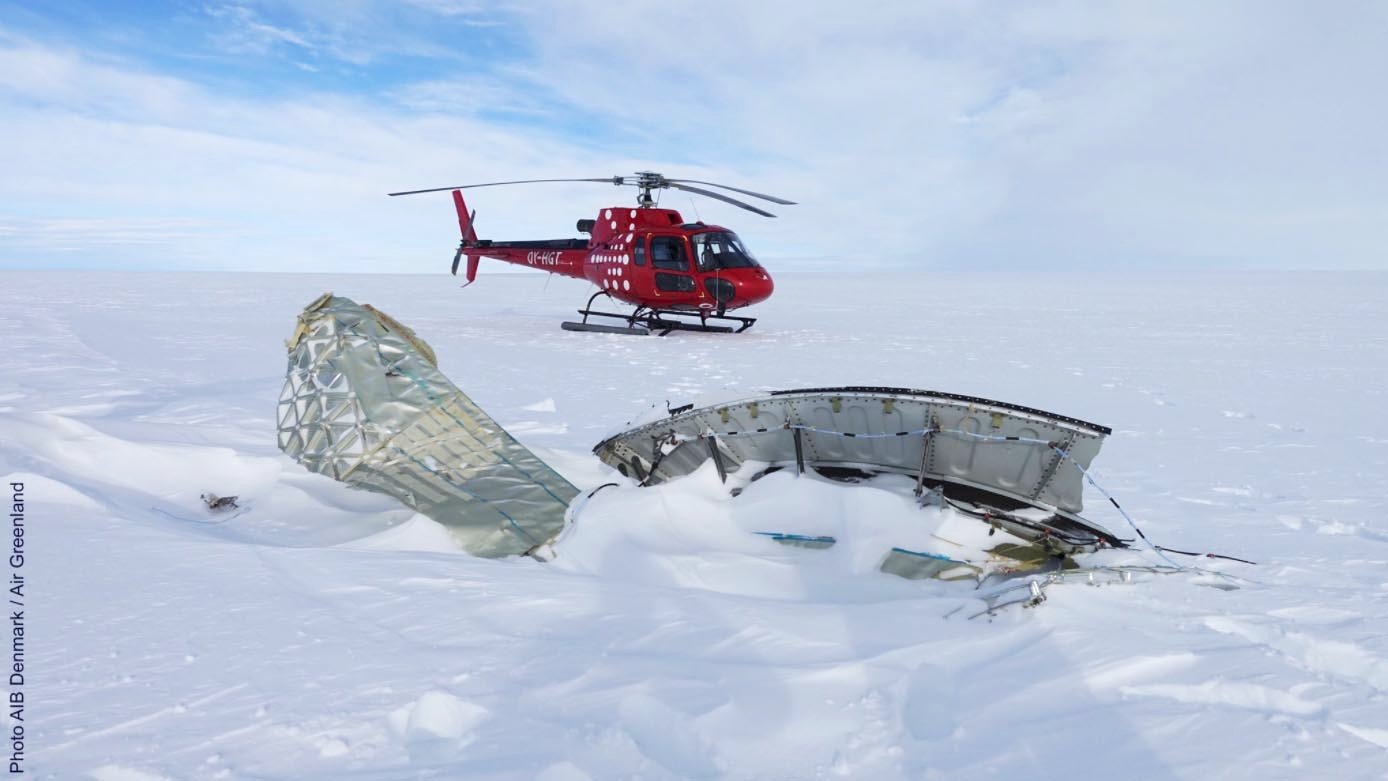 Missing parts of Air France A380 (reg. F-HPJE) engine have been spotted on the ice sheet by helicopter.

According to the BEA, they were located on a desert area covered with ice, located about 150 km southeast of the town of Paamiut, located on the west coast of Greenland.

The missing parts were located by using data from one of the aircraft’s two black boxes, the Flight Data Recorder (FDR), which “determined the location where the damage occurred to engine #4.

The crew of the helicopter of the Danish airline Air Greenland sent on the site was able to recover some parts of the engine. These parts have been sent to the Danish Accident Investigation Office and are being forwarded to the BEA in Paris.

A next mission to recover other parts and to try to locate missing pieces will be organized as soon as the weather conditions allow. Snow that gradually covers debris may make detection and recovery more difficult.