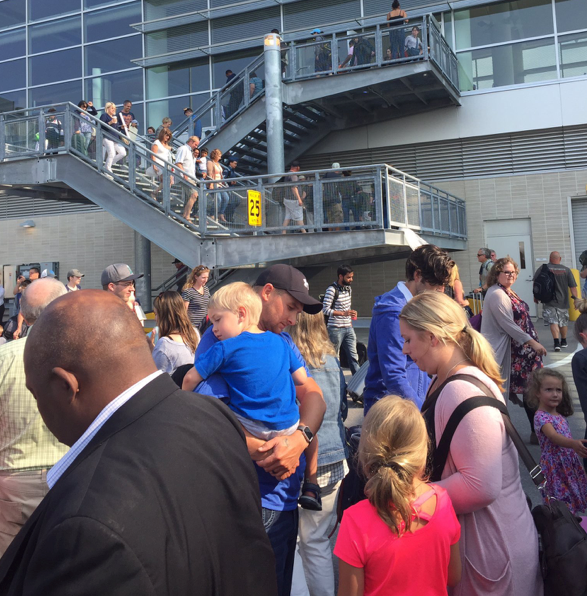 Passengers in the departure areas have been evacuated to the aircraft apron ramp due to fire alarm.

UPDATE The airport confirmed evacuation is over and was regarding an AC unit in the terminal that was malfunctioning and causing smoke in the airport.

Fire trucks rushed to the airport but no smoke smell or visible flames could be seen.