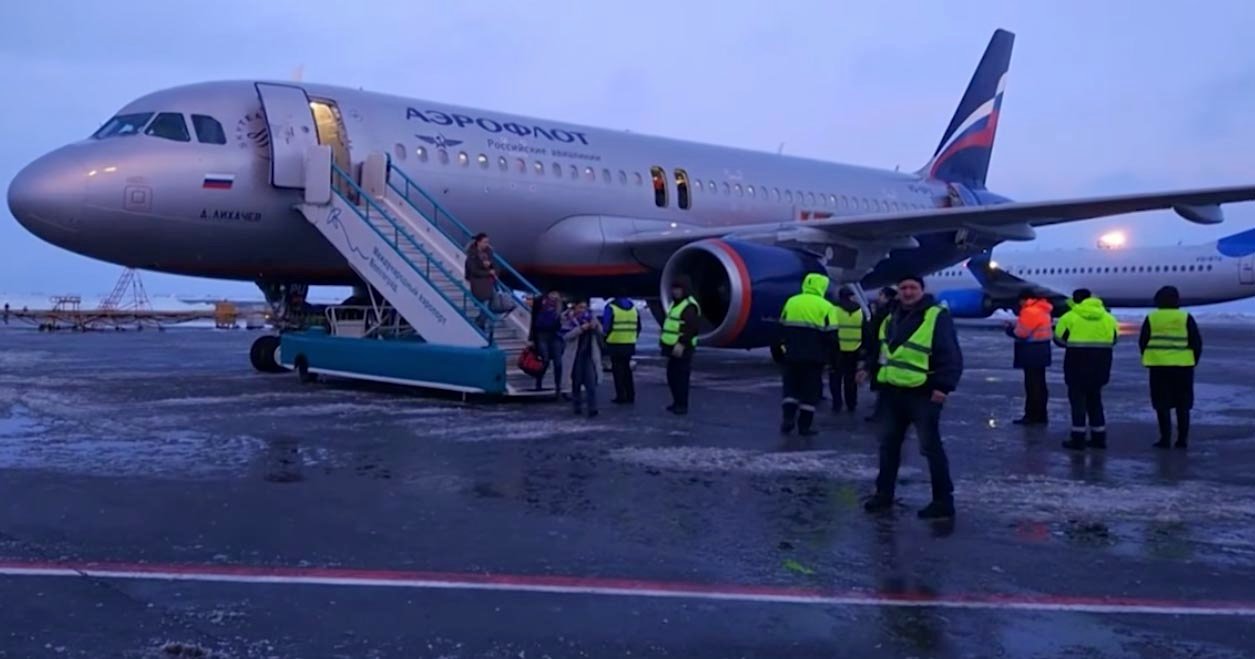 A passenger took a video of a plane filled with smoke as a power bank caught fire onboard after landing in the Russian city of Volgograd.

The Aeroflot A320 (reg. VQ-BPU) from Moscow was evacuated via emergency slides.

The video shows passengers passing water through the cabin before flight attendants come with water and remove the melted tablet.