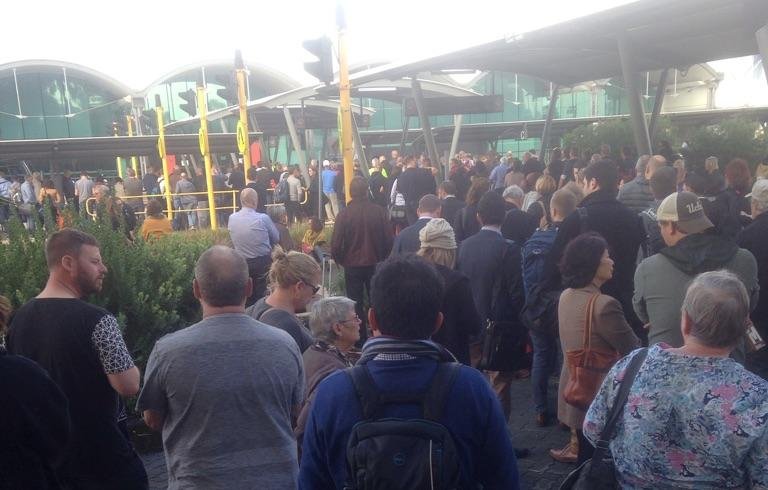 Travellers were evacuated from Perth Airport this afternoon after an alarm was evacuated.

Hundreds of flight passengers stood in the car park of the domestic airport while the alarm was investigated about 2pm.

A Perth airport spokesperson confirmed the alarm sounded after someone activated a “break glass” emergency system.

It was deemed a false alarm and passengers were allowed to return to the airport minutes later.

The alarm is not believed to have delayed any flights from the terminal.