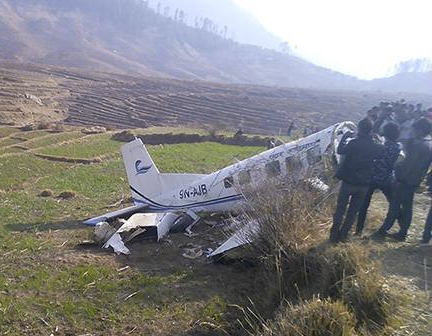 The single engine plane that flew from Nepalgunj at 12:16pm with 11 people including 2 crew members.