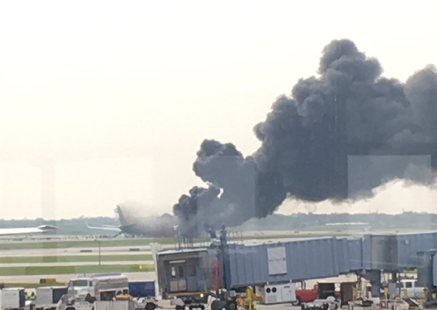 FAA says Runway Closed at chicago O’Hare (ORD) due to disabled aircraft. Heavy smoke can be seen coming from an American Airlines Boeing 767 that is on fire at Chicago’s O’Hare International Airport. The plane blew a tire at 2:35PM CT and engine caught fire during take off.

Latest footage of #AA383 aborting take off on Rwy 28R at Chicago O’Hare. All passengers and Crew escaped. pic.twitter.com/WhgulUDUsW