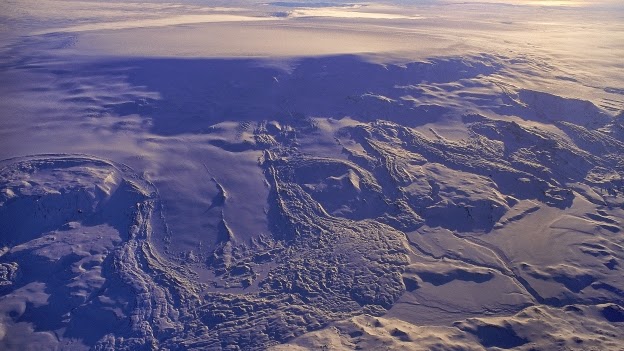 A row of newly formed cauldrons (depressions) was spotted in the Vatnajokull glacier near the Bardarbunga volcano during a reconnaissance flight today, leading to speculation that a small eruption had begun there. Scientists estimate that 30 – 40 million cubic metres of ice have been melted.
According to a statement from the Icelandic Civil Protection Agency (CPA) early Thursday morning, three cauldrons were seen, 4 – 6 km long, 1 km wide, with a depth of 10 – 15 metres, near the southeastern rim of the Bardarbunga caldera. They are not believed to be associated with the intrusion that has been propagating to the north in recent days.